The Incredible Commodities – Stock Divergence and What it Portends… 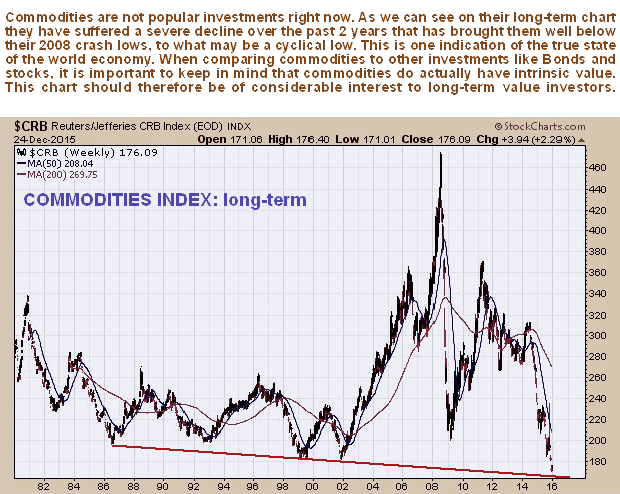 The divergence that we are referring to is the collapse of the Commodity sector in recent years, as the broad stockmarket has continued to ascend into the stratosphere.

There are various indications that the world economy is imploding. One is the Baltic Dry shipping index, which is in the basement, another is the commodity indices, one of which we will look at here. The long-term chart for the CRB commodity index shows that it has dropped to new multi-decade lows in recent weeks, and when we say new lows, we mean its lowest levels for over 42 years! This is a warning of impending economic depression, which has already arrived in some countries, as we know.