The Helicopter Wolf at the Door

Posted by The Acting Man 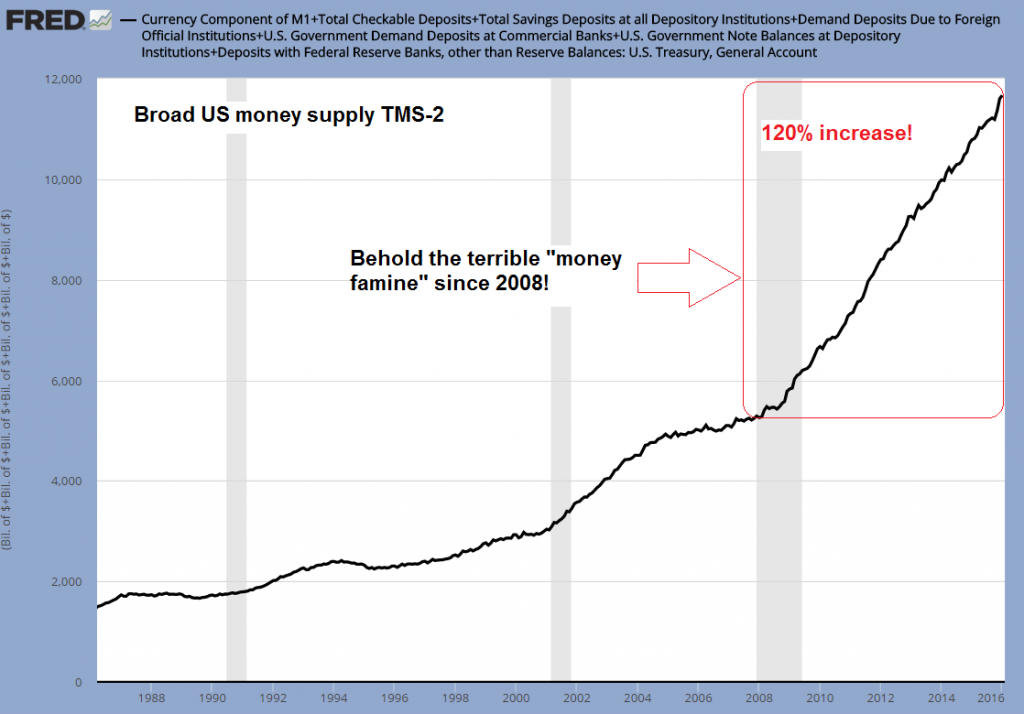 From Crazy to Crazier

Considering how often “helicopter money” has been mentioned in the mainstream financial press of late, it is probably going to be on the agenda fairly soon. The always dependable Martin Wolf at the FT – who has never seen a printing press he didn’t think could solve all our economic problems – has come out forcefully in favor of the idea. See for instance his recent screed “The case for helicopter money”, followed by the promise – or rather, the threat – that “Helicopter drops might not be far away”.