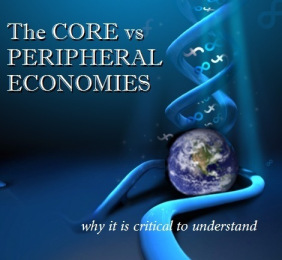 The Golden Rule of Reactions

Those who are new readers are probably unfamiliar with what I have called the Golden Rule of Reactions.  When it comes to TIMING, it is vital to understand the basic tenets of cyclical analysis. That fundamental principle is where do we draw the line between a change in trend and a mere reaction. That line is drawn in units of 2 to 3 maximum. In other words, a reaction making a counter-trend move is limited to a maximum unit of time being 3 regardless of the level of time be it daily to yearly. After that period of time, trends then emerge. Right now, we have a 3 day reaction in gold from the low of last week. To establish a change in trend, we must continue BEYOND merely 3 days. Failure to do so warns of only a reaction counter-trend.

Even when there are free markets and a dramatic panic takes place, the same timing emerges during Phase Transitions. We will go over these points at the Princeton Conference. Nevertheless, even look at the Great Depression, you see a 90% decline still contained by the Golden Rule of Reactions – 1929 to 1932. It is vital to understand that what we face is by no means the plain vanilla version of governments just printing into hyperinflation. These people are fighting back as is ALWAYS the case with core and major economies. The German hyperinflation took place AFTER a revolution with a unstable government that lacked credit. When there is “credit” then government FIRST tries to keep the game afoot and that means the bankers threaten they will collapse unless debt is serviced. This is why the FIRSTresponse is all out financial war against the people.

Literally, you will PRAY for only hyperinflation. Society CAN survive that.

The support for gold in Feb is 1574. The resistance stands at 1667-1690. The support will begin to fade in March and the number to watch will become 1638. The primary support lies at the three Monthly Bearish Reversals. Once they give way, then we can see a real break.