The FAANG-nary In The Coal Mine 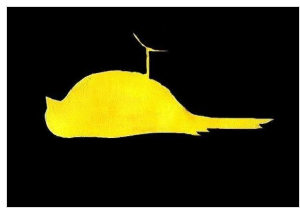 Two weeks ago, I issued a report to Peak Prosperity’s premium subscribers, warning of an immiment downwards re-pricing of the FAANG stocks. I even made a rare recommendation for taking an active short position against them (one now up 18%).

That report proved quite timely. Over the past 10 days:

This sudden weakness among key FAANG members is extremely significant. Much more so than most investors realize.

Confidence In The FAANGs Ran Supreme (Until Now)

Over the past few years, investor capital has been increasingly concentrating into the FAANGs while the rest of the market has been deteriorating:

As portfolios have become more and more FAANG-dominated, more and more investors have come to see those five stocks as “unstoppable”. They have unnaturally performed as both “risk-on” and “risk-off” havens for years — delivering consistent share price growth when markets move higher, while holding steady when they don’t.

As a result of this piling-in by investors, the five FAANG stocks collectively now have a whopping market capitalization of $4 trillion.

They comprise nearly half of the NASDAQ index’s market cap.

The FAANGs are the largest five companies in the S&P 500. And they were responsible for ALL of that index’s growth over the first six months of this year (without them, the S&P 500 would have had a negative return in H1 2018):

In short, the FAANGs now ARE the market.

The Canary In The Coal Mine

The FAANGs are the last remaining stocks pulling this 9-year bull market higher.

Remember that they’re collectively worth $4 trillion? Well, they were all worth only $1.2 trillion in 2013. They’ve nearly quadrupaled in just 5 short years.

The ramp-up in the FAANGs is largely responsible for today’s record highs in the equity indices, none more so than the NASDAQ:

Which is why it’s essential to appreciate how bull markets end. They end by one thing and one thing alone: a reversal in sentiment.

And a reversal of sentiment is exactly what we’re beginning to see with the FAANGs. Investors have suddenly discovered that these companies are not impervious. They can lose 10% or 20% overnight, just like any other overvalued stocks.

As my fellow co-founder Chris Martenson recently quipped: “If NFLX was the canary in the coal mine, then Facebook was the first miner dropping to his knees.”

To that, I would add that Amazon’s cross-current results is a second miner suddenly feeling dizzy with hypoxia.

And even though Twitter isn’t technically a FAANG, it’s often lumped in with them. Having dropped 20% after releasing earnings last night, TWTR is now lying face-down, comatose on the mine floor.

Which is why after years as do-no-wrong darlings, the FAANGs suddenly find themselves beset on all sides by skeptics.

As an example: here’s the latest outlook from Doug Kass, who recently revealed that he’s sold all his long positions and adopted a portfolio positioning very similar to the one Peak Prosperity has been advising: heavy cash + precious metals + some shorts:

Some are surprised that the overall market has not immediately fallen and that the VIX did not rise in response to the large miss at Facebook.

I am not shocked (there was some “positive” trade news late in the day) – but more importantly, tops are processes.

For years there has been a narrative to stay bullish – to not see or respect any turns (as significant). It was like that in 1987, 2000 and 2007-08 as the market ramped until the day it began to rollover.

It is no different today.

This week may represent a seismic change in investor perceptions – as it relates to FANG and possibly the broader markets.

The markets are likely headed for a FANG-Over.

FANG market dominance (shades of 1999) – with too many on the same side of the investing boat – will likely morph into shades of early 2000 (which represented the end of the dot.com boom and the start of a market correction)

And from Oaktree Capital’s Howard Marks:

Yes. They (FAANG- Facebook, Apple, Amazon, Netflix and Alphabet’s Google) are great companies, but ETFs may have accentuated the flow of capital into those stocks…

Things that are most hyped produce the most pain… A conspicuous number of ETFs are concentrated in the same stocks. When things go cold … who is going to buy it?…

If and when it ends, it will end worse for the stocks that have had momentum and for the ETFs that hold them than for the rest.”

Even Morgan Stanley, a bastion of Wall Street “business as usual”, has uncharacteristically issued a twin pair of reports warning investors to get out the markets generally and the FAANG stocks in particular.

Calling the escalating trade disputes between the US and rest of the world a ‘vicious cycle‘ that will put downward pressure on risk markets (i.e. stocks and bonds), MS predicts the Tech equity sector will be the one most affected:

“…we do think that 2Q earnings season will bring an inevitable acknowledgement from companies that trade tensions increase the risk to forward earnings estimates, even if managements don’t formally lower the bar. Throw in the fact that these stocks have rarely, if ever, been so over-loved and over-owned, and the risk of a proper rain storm in this zip code increases significantly.”

When a white-shoe sell-side firm like Morgan Stanley (i.e., “Must…always…keep…clients…fully…invested…”) is admitting that these stocks are “over-loved and over-owned”, you know the party is truly over.

Also, a quick glance at insider selling by FAANG management shows that execs are pulling money out as fast as they can. The transaction volume of insider selling is the highest it’s been in at least 6 years, with over $5 billion offloaded so far in 2018:

Insiders at tech heavyweights led by Facebook Inc.’s Mark Zuckerberg are selling stock at the fastest pace in six years, cashing in on buoyant equity markets.

Senior executives and directors of Facebook, Amazon.com Inc., Netflix Inc. and Google parent Alphabet Inc. have disposed of $4.58 billion of stock this year, according to data compiled by Bloomberg. They’re on track to exceed $5 billion for the first six months of 2018, the highest since Facebook went public in 2012 and pushed first-half insider sales to $14.3 billion.

FANG insiders are on pace to sell $5.2 billion of shares in the first half of 2018

This data adds support to Charles Hugh Smith’s hypothesis about distribution; that insiders have been using the string of rallies in 2018 to frantically sell their overvalued shares to the “dumb money” in advance of a material price correction.

The obvious question for these stocks, some of which sport forward P/E ratios of over 100 and/or have more than doubled in price within the past 9 months is: What possible rationale is there for them to go materially higher from here?

Leaving that aside for a moment (and to be sure, there are still renown investors who remain bullish on these stocks), each of the FAANGs is facing one or more existential risks. Here are just some of them:

These are big risks. Will they be the downfall of these giants? Who knows? But they for sure argue for healthy skepticism of 100+ P/E ratios…

How Bad Will Things Get?

The FAANGs are so important because as they go, so will go the rest of the markets.

They’ve served as the favorite and last bastian of hope for bullish investors for so long now that there’s nothing left to advance a bull market narrative should they roll over from here.

And it’s indeed looking like a rolling-over may be in progress:

As we’ve detailed repeatedly (most recently in our report A Hard Rain’s a-Gonna Fall), a price correction of 40% or more for stocks could be in order when the current environment of sky-high asset bubbles bursts.

And that’s only looking at the current (over)valuation of the equity markets.

Many of the hottest real estate markets are now showing signs that they peaked last year or are currently nosing over. And despite the blip up in GDP for Q2, risks of the US returning to recession are multiplying — and today’s trade wars (which alone could shave 20% off of the S&P) and rising interest rates are exacerbating the odds.

Should those three things — a market crash, a housing bust, and a deep recession — all converge at the same time (as is likely, as they are reinforcing factors for one another), we could easily see another crisis on par with the Great Recession (or worse).

And as bad as that will be, the response from our governments and central banks will make things even worse.

Why? Because they’ll be ‘fighting the last war’, using the same playbook they used to staunch the 2008 liquidity crisis. Except this time, the crisis will be one of valuation.

In Part 2: The Coming Valuation Crisis, we explain the underlying dynamics of how the next crisis will unfold, and why the central planners’ efforts are likely only going to serve as pouring gasoline on the fire.

The sad reality is we likely won’t have to wait long to see this story play out. With the sudden weakening of the FAANGs, the last rampart holding back the long-overdue market correction is falling.