The End Is Nigh for the Fed’s “Bubble Epoch”

Posted by Bill Bonner - Diary of a Rogue Economistt 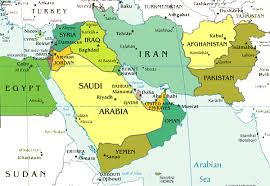 Twice in the last 15 years, markets have tried to correct the mistakes and excesses of the Bubble Epoch.

Each time, the Fed came back with even more mistakes and excesses. Trillions in new credit… lower lending rates… easier terms… ZIRP… QE… and the Twist!

Over the short run, markets respond to myths. Investors are ready to believe almost anything… for a while.

But over the long run, there is death and destruction – a reality outside of what we believe.

Yesterday, the Dow sank 560 points in the first few hours of trading. It then recovered half of those losses to end the day down 249 points – for a 1.5% fall.

The financial media don’t know what to do. Typically, they downplay a bear market as long as they can… explaining the many reasons why the sell-off is “overdone” and why the “bottom” has already been found.

The Wall Street Journal, for example, tells us that the “market’s panic is incongruent” with economic reality. Yahoo! Finance already sees “signs of capitulation.” It offers advice on “how to trade a bear market,” too.

At the Diary, we don’t believe you should try to “trade a bear market.” Bears are treacherous and unpredictable. Our best advice is to stay out of its way.

We don’t know whether it will get uglier now… or further down the road. But sooner or later, markets will retest the myths that support today’s asset prices.

They will begin by asking questions: Are stocks too expensive? Can investors repay their debt? Is the economy capable of real growth? Can a small bunch of PhD economists with no market or business experience really manage the entire world’s economy?

As to the first, second, and third questions, we don’t know the answers. But the answer to the fourth is an unhedged, undiluted “no.”

Greenspan, Bernanke, and Yellen are, after all, only human.

They respond to myths as much as anyone… maybe more. They’ve spent their entire careers studying the sacred texts of modern economics. Like Talmudic scholars late in life, they aren’t likely to convert to Baptists!

What theory… what experience… what revelation leads them to think that an economy should have annual price increases of 2%? There is none. It is a modern myth.

In reality, prices go up and down on supply and demand. There’s no more reason they should always go up by 2% than down by 2%.

The PhDs at the helm of the world’s central banks also believe they can change people’s buying, selling, and investing decisions – for the better – by providing them with false data. We have no doubt the Fed can change behavior. It’s the “for the better” part that troubles us.

Interest rates by Fed diktat, for example, send completely phony signals, since they disguise the true cost of credit. The theory goes that low interest rates motivate people to borrow and spend. But where’s the evidence? Isn’t there an economic law somewhere that cutting incomes for savers has the opposite effect?

And there’s more to the story. There’s a reality, as well as a myth.

Reality is that resources are limited. Prices tell us what we’ve got to work with. Falsify prices and you get errors of omission and commission. After a while, the system suffers from things it shouldna, oughtna done.

As Hjalmar Schacht, Germany’s minister of economics in the 1930s, put it: “I don’t want a low rate. I don’t want a high rate. I want a true rate.”

An honest interest rate tells the truth about how much savings are available and at what price. People still make mistakes; they still get up to some pretty weird stuff. But at least the perverts aren’t handing out candy on the playground.

Then there’s the “unemployment rate.”

The feds look at its figures and tell us the recovery has been a success… because the unemployment rate is back down to about 5%.

They are citing as “fact” a statistic so greasy even a witchdoctor would be embarrassed by it.

In December, for example, the Bureau of Labor statistics announced that 281,000 Americans had found jobs. This was widely regarded as a triumph for the Fed. Many times has Janet Yellen said she feels the pain of the jobless. Naturally, she takes great pride in the current job picture as she has painted it.

But as you have probably heard by now, only 1 out of every 28 of those new hires can buy you a beer to toast their newfound fortune. The others – 270,000 of them – don’t exist.

The feds merely made a “seasonal adjustment.” The jobs were mythical, in other words.

Watch out. The market is a myth buster.

The “stealth” bear market in stocks Bill warned about in the January 6th issue of the Diary is fast becoming a full-blown global bear market. The MSCI All Country World Index tracks stocks in 23 advanced economies and 23 emerging economies around the world.

The standard definition of a bear market is a sustained fall of 20% or more from a recent high.

Further Reading: The ongoing rout on Wall Street is just the start of what Bill calls the “Great American Credit Collapse.” It’s a disaster the feds already spent more than $4 trillion to prevent… but even that couldn’t stop what’s heading our way.

To find out how it’s all going to unravel – and what you can do to sidestep the worst of it – watch Bill’s urgent warning here.