“The Donald” at Bat 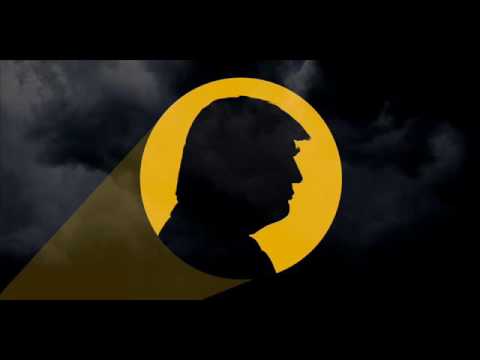 Once again, the big man steps up to the plate.

Once again, he points his bat at the far bleachers.

This is going to be “bigger, I believe, than any tax cut in history.”

And once again, the fans go wild.

The Dow shot up 216 points yesterday as investors dreamed of a home run.

And the economy would boom… just like it did when the last “biggest tax cut ever” was rolled out by the first Reagan administration.

From the cheap seats to the skybox heavies, Mr. Trump always gets the fans excited.

He is a colorful player who gets his mug in the press regularly. He talks big. He swings hard. But he has a hard time connecting with the little ball.

In his first two times at bat since joining the major leagues, he has struck out.

The first time, the pitcher lobbed an easy O’care reform right over the plate. But with the fans cheering him on… and his whole team supposedly behind him… “The Donald” just couldn’t get on base.

Yes, it was a confusing situation. “The Donald” had given sports lovers hope that he might bring a change. But the president saw a curve ball coming his way and… taking a page out of Hillary’s campaign promises… he couldn’t resist.

He swung wildly, sending a foul ball into the crowd, where it knocked out a hot-dog vendor.

“He had it coming,” the sports commentators agreed. “The hot dogs tasted terrible.”

And now, Mr. Trump is up again.

Wow… if he can pull this off, we will eat every sour word we have written about the man. We will retract every criticism. We will withdraw every negative observation and sarcastic remark.

“No, Donald Trump is not a jackass,” we will declare… openly and with no tongue in either cheek.

“No, the president is not a scoundrel… not a brazen self-promoter… not a big-mouthed fool. We take it all back. We were mistaken. Our bad.”

But this declaration awaits its moment. And we suspect the moment is not now. Because there are reasons – both practical and structural – why real tax reform is extremely unlikely.

As we pointed out yesterday, real reform would mean dumping the present system. Not tinkering with it. Not switching winners and losers. Not cutting taxes in one place and replacing the revenue in others.

No, real reform would be dramatic. Bold. It would eliminate the loopholes, special favors, and crony giveaways.

It would cut tax collections, too; the feds don’t really need so much money to defend the country and operate the courts. Practically everything else they do is designed to reward the insiders.

If “The Donald” were to propose real reform, it would bring the whole Deep State down on his head with a ferocity never before seen in American politics.

The tax is a curious amalgam – a blend of vote-buying… crony payoffs… subsidies… wishful thinking… social engineering… and outright corruption.

It is the bog in which the swamp critters slither.

Mr. Trump can fiddle with it – he can reward some cronies and punish others, for example. But he can’t deliver a genuinely big tax cut.

Tax revenues… and the curious way in which they are generated… are the Okefenokee of the Deep State system.

Eliminating all the juicy favors, insider plums, and Establishment subsidies is out of the question.

In a better world, the people would speak up. They would say, “We’re willing to spend 10% of our income on government, no more.”

Then their elected representatives would get out their knives. They’d check their tax revenues. And then they’d begin whittling away at their expenses until the two lined up.

The Pentagon’s “Teach Children to Waterboard” afterschool program might get the axe immediately.

“Whose idea was that?” they would ask each other, laughing.

Or maybe the DEA’s “Help Us Increase Drug Dealer Profit Margins” PR campaign would be scratched from the list.

Who knows? Maybe the “Subsidize Rich Kids’ Education” program… aka federal support for universities… might be trimmed back, too.

But that’s not going to happen.

Each time the pols start to cut, their knife goes dull.

Every little whittle gets blunted by lobbyists, pressure groups, cronies, and campaign contributors.

Then the program is saved by the same principle that saves petty computer hackers.

An idiotic scheme might cost $1 billion… and could easily be eliminated. But the typical taxpayer says, “Why bother? It only costs me 5 cents.” It is not worth his while to think about it.

The politician who goes back to his district claiming to have eliminated $1 billion of spending in other districts might just as well claim to have swatted a fly. The voters won’t care.

He is much better off telling them that he brought a $1 boondoggle to his district. Every wasted dollar goes into someone’s pocket. And that someone will fight hard to keep it coming.

There is also a plain and immediate reason why a big tax cut is not possible: The feds already owe $20 trillion. Even with no cut to revenues, they’re on track for $30 trillion in 10 years.

A tax cut without corresponding cuts to spending (which aren’t going to happen) will just add more debt.

For now, there is no Republican majority that will pass a major tax cut. That will have to wait for a different moment.

When stocks crash and the economy goes into recession… it will be a whole new ballgame.

Then, in a moment of panic and desperation – whack… smack – “The Donald” may finally send the ball over the fence.

Argentina isn’t all about cattle wrangling and ranching…

This year, the country’s stock market has been on an absolute tear.

This follows the election of pro-market and pro-business President Mauricio Macri at the end of 2015.

As you can see from today’s chart, the Merval Index (MAR), Argentina’s main stock market index, is up 25% in local currency terms.