The Dollar Could Remain Weak For Years To Come 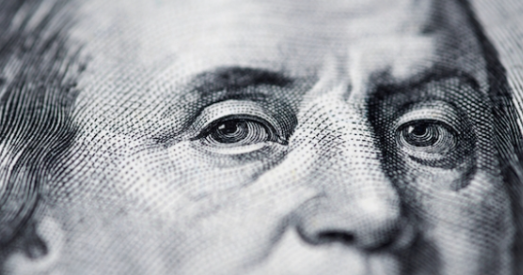 In the past, President Trump has lambasted the Fed for its hawkish policies, repeatedly drumming up the fact that the central bank’s interest hike regime was contributing to an overly brawny dollar and a sluggish economy. Trump at one time even went as far as asking the White House to explore ways to weaken the currency in a bid to boost exports and spur economic growth. The dollar has been on an uptrend for much of the past decade and Trump’s presidency, something that has been blamed for the U.S.’ ballooning deficit.

The dollar has spent much of 2020 on a downward spiral as investors wager that a post-pandemic global economic recovery post will continue to suck money into riskier assets and force the U.S. to increase its borrowing as it tries to fund its swelling twin deficits.

The Dollar Index (DXY), a measure that pits the USD against a basket of six major world currencies, declined to 89.600 on Wednesday, a level it last touched in April 2018 representing a 13.4% drop from its March peak as the euro surged to $1.2291, good for 10% gain for the year.

The dollar has also fallen sharply against the Chinese yuan, breaching 6.4900 for the first time since mid-2018 amid reports that Chinese banks have started shoring up purchases of the American currency in a bid to limit the drop.

The prospect of a brighter 2021 has lessened the need for the safe-haven dollar thanks to the ongoing rollout of Covid-19 vaccines. There are growing concerns though with the program falling behind schedule.

Investors are hardly complaining though: A weaker dolla r(up to an extent) is considered good for the U.S. economy for a number of reasons…CLICK for complete article