The Danger of Being Bearish in a Bull Market 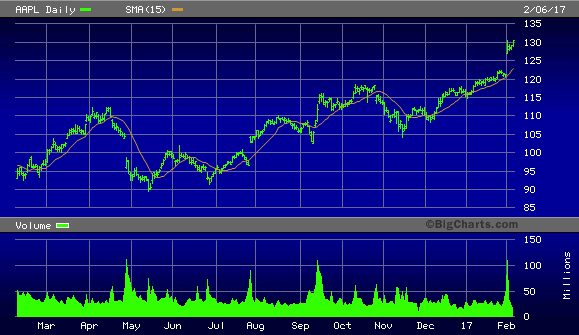 One of the biggest contributors to losses for traders in the financial market is the temptation to sell short. Borrowing shares of a company that are not owned by the seller in the hopes of making a massive profit has shipwrecked more traders than probably any other factor. With stories abounding of the quick and easy profits to be made in selling stocks which are supposedly on the verge of plummeting, it’s no wonder that the allure of “shorting” is so irresistible to so many.

Selling short is a simple enough proposition: place a short sale order with your broker for a company whose shares you believe are overvalued or technically “overbought”. Then just sit back and wait for the profits to start rolling in. If only it were that easy! The trouble with selling short is that in most cases the odds are against the short seller. This is due to a number of factors, some of which we’ll examine here.

Perhaps the biggest risk for short sellers is the crowded short trade. A high-profile example of what happens when too many traders pile into a single stock on the short side occurred recently – a cautionary tale if ever there was one. It involved the loss of one man’s entire fortune due to a misguided attempt at selling short one of the most widely traded U.S.-listed stocks.  It’s a textbook case of what can go wrong when attempting one of the most dangerous of all trading maneuvers.

According to MarketWatch, Canadian investor F.S. Comeau bet his last $249,000 against Apple Inc.(AAPL) in an attempt to reclaim $2.5 million lost in poor investments. At the time of the trade, shares were valued around $122, and MarketWatch reported that an increase of just $6 would deplete Comeau’s savings.

Apple shares screamed higher last week when the tech giant released an impressive Q1 earnings report and Comeau lost substantially. As of this writing, AAPL shares had risen to a 52-week high of $130.50.

Before Apple released its earnings report, Comeau, who live blogged his reactions while wearing a wolf mask, acknowledged the capacity of investors aware of his short position to fade his trade. “With 14,000 people watching, you guys could really mess with me,” he said. When the company released its report his reaction was terse but poignant: “Oh, no.”

YahooFinance described Comeau’s reaction to Apple earnings as follows: [Comeau] kept howling. And crying. And throwing his pre-popped, celebratory champagne bottle. There was a timeless stretch of blank camera stares, and then the sound of dry heaving. With mask still on, he pulled out a trashcan, and vomited more than his life savings.”

This misguided trader can perhaps be excused for his desperation born of inexperience.  What’s inexcusable, though, are the far more experienced trading advisors who gave assurances to their followers that Apple was a prime short-sale candidate despite all the technical and fundamental evidence to the contrary. This misleading advice undoubtedly led to many hundreds of traders making the same mistake as Comeau.

More than anything, the Apple experience provides a wonderful cautionary tale for all would-be short sellers. The lesson here is that in an established bull market it’s best to avoid selling short altogether. Trading against the prevailing trend is especially dangerous when one considers that short interest can quickly reach critical levels, thus the slightest bit of contrary news can catalyze a massive rally. Short-covering rallies tend to involve wealth-destroying upside gaps, as the latest Apple stock experience proved. These gaps are products of the urgency among short sellers to exit the trade. They frequently represent losses on an unimagined scale.

Since naked short selling involves borrowing, the debt component of this trade ensures that the volatility factor will be greatly magnified vis-à-vis buying outright. While this can sometimes work to a trader’s advantage in a bear market, it can prove catastrophic in a bull market. The best policy is to avoid shorting unless a major bear market is underway and downside momentum has been thoroughly established. Even then, your timing must sometimes be perfect.

In a bull market the trend is truly your friend, and trading against the grain is usually a fool’s errand. Best leave that to the men wearing wolf masks.