The Crisis Is Escalating! 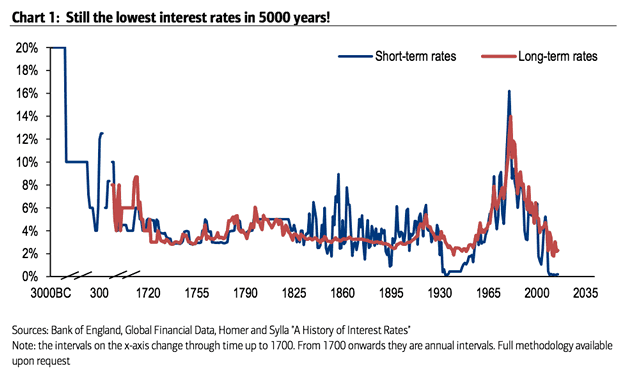 Deutsche Bank and Commerzbank are presently discussing merger talks. The fact that these meetings are occurring, is a signal that Germany’s banking troubles are indeed accelerating.

They are desperately seeking ways in order to cut costs and improve profitability. These plans include restructuring and job cuts using most highly unconventional measures. Last June 2016, Reuters cited anonymous sources as saying that Commerzbank was exploring the option of hoarding billions of euros, in vaults, as a way of avoiding paying a penalty to the European Central Bank which is due to negative interest rates.

Their main problems are derived mostly from both low and negative interest rates. These lenders are used to depending on interest rate margins for income while offering some services to depositors at either low or no cost. Low interest rates have significantly eroded these banks’ abilities to make money. It has become difficult for German banks to give incentives to their customers so as to keep their money in their financial institutions. These inefficiencies and the intense competition within the German banking sector have already led to serious financial difficulties. If one combines these factors with the new challenge of declining interest rates, what possible positive impact can they expect to incur?

Interestingly, rates are not just low within the context of American history but they also happen to be at their lowest levels ever in over 5,000 years of civilization. Deutsche Bank is not merely Germany’s biggest bank but the political role that it plays in Germany is unique when compared to other countries. Deutsche Bank’s importance to Germany is many times greater than that of an investment bank like Lehman Brothers was to the U.S., in 2008. Deutsche Bank is technically a private bank, however, it is informally tied to the government and formally tied to most major German corporations. The banks’ fate will have an impact on all of Germany.

The Italian banking crisis is not only Italy’s problem!

Italy’s non-performing loan issues have now become common knowledge. Who will be forced into dealing with the repercussions of settling Italy’s impaired debt? That is a political question, and the answer depends, in large measure, on who holds Italian bank debt.

The U.S banks are not shielded from these European Continental banking problems. There is a substantial amount of uncertainty and risk.

The consequences of these failures pyramid the crisis due to the European Unions’ regulations. The European Central Bank (ECB) and the Central Banks of member countries cannot bail out failing banks by recapitalizing them.  The bail-in strategy is, in theory, a mechanism for ensuring fair competition and stability within the financial sector, across the Eurozone.

The bail-in process can potentially apply to any liabilities of the institution that is not backed by assets or collateral. The first 100,000 euros ($111,000), in deposits, are protected in the sense that they cannot be seized, whereas, any money above that amount can be.

Germany insisted that the bail-in process should prevail.

The Bank for International Settlements stated that German banks are the second most exposed to Italy, after France, with a total exposure of $92.7 billion. Demand for gold has increased!

Italy’s ongoing banking crisis is presenting yet another threat to the stability of the ECB.

Deutsche Bank’s net credit risk exposure to Italy is 13.3 billion euros as of the end of December 2015. Its’ gross position in Italy is 35.4 billion euros. Deutsche Bank is sitting on $41.9 trillion worth of derivatives.

The consequences of large banks failures are significant

Gold Is The Only ‘Safe Haven’ Left in the World

Gold has remained as a form of currency for many centuries. Whenever countries followed a strict gold standard and used it as their currency, those economies were very stable. But, governments have always surpassed their means, with their costly spending, and have to leave their gold standard so as to fund their inefficiencies. Currently, gold is now beginning its’ multi-year “BULL MARKET”.  Gold is the only ‘asset class’ which will maintain its’ ‘store of value’ during this impending crisis which is on the near horizon. The ‘Gold mania’ is about to be ‘unleashed’.  While global Central Banks are now implementing ‘negative interest rates’, this is the perfect scenario for gold to surge much higher.

Gold does have a historical store of value characteristics. It is held by Central Banks and institutions as a reserve. They do not want to sell it; on the contrary, many of them want to buy still more and accumulate it. Therefore, gold’s characteristic role, in regards to sovereign reserves, is still intact even amid the fascinating evolution of Central Banking and institutional finance that we are witness to, today.

What is/isn’t a risk to the global economy