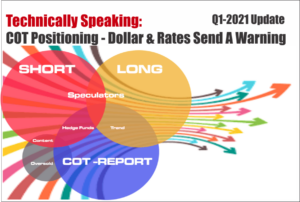 In today’s market, the majority of investors are simply chasing performance.

Ultimately, investing is about managing the risks that will substantially reduce your ability to “stay in the game long enough” to “win.”

Robert Hagstrom, CFA, penned a piece discussing the differences between investing and speculation:

“Philip Carret, who wrote The Art of Speculation (1930), believed “motive” was the test for determining the difference between investment and speculation. Carret connected the investor to the economics of the business and the speculator to price. ‘Speculation,’ wrote Carret, ‘may be defined as the purchase or sale of securities or commodities in expectation of profiting by fluctuations in their prices.’”

Chasing markets is the purest form of speculation. It is just a bet on prices going higher than determining if the price paid for those assets is a discount to fair value.

Historically, such sentiment excesses from around short-term market peaks, not investable bottoms.

Investors miss that while a warning doesn’t immediately translate into a negative consequence, such doesn’t mean you should ignore it.

“There remains an ongoing bullish bias that continues to support the market near-term. Bull markets built on ‘momentum’ are very hard to kill. Warning signs can last longer than logic would predict. The risk comes when investors begin to ‘discount’ the warnings and assume they are wrong.

It is usually just about then the inevitable correction occurs. Such is the inherent risk of ignoring risk.’”