The Chartology of the Commodities: The Inflation/ Deflation Barometer 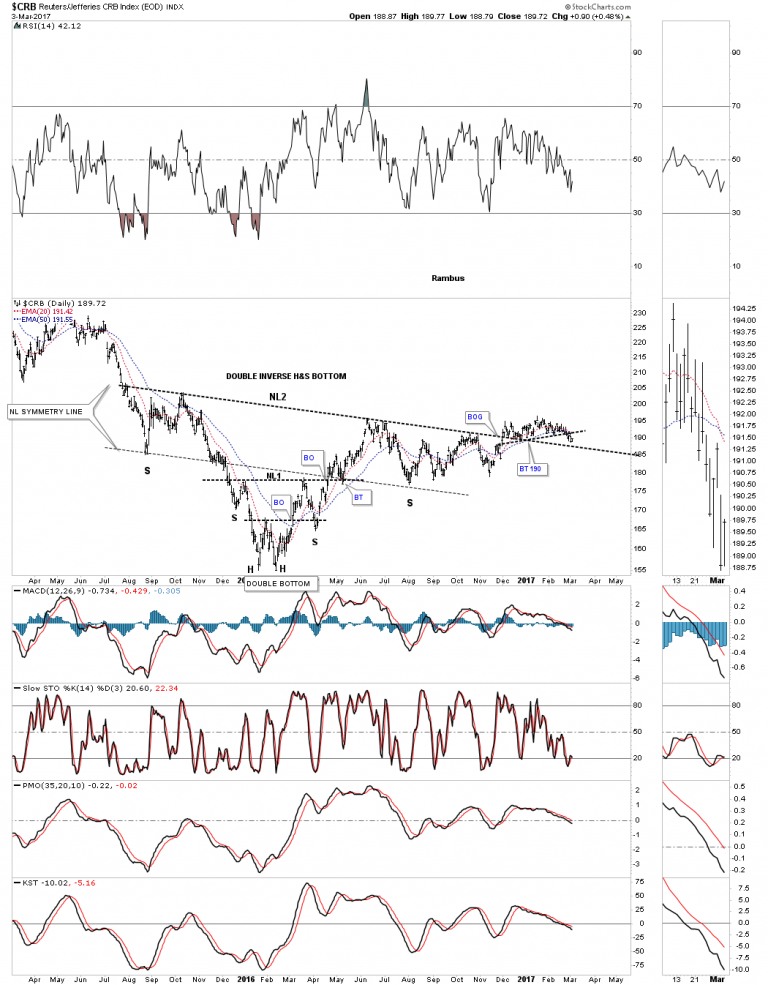 One of the biggest questions investors have is what type of environment are stocks and the economy in, deflation or inflation? Knowing the answer to that question can give you a heads up on what different sectors to invest in and what sectors to stay away from. Tonight I would like to update some of the different commodities indexes to see if they can give us any clues on which way the deflationary or inflationary pendulum is swinging.  Commodities are often an under analysed asset class as compared to Stocks and Bonds. However they are the nuts and bolts , the real stuff  supporting human existence.

Lets start with one of the oldest commodities indexes around the $CRB index. After the huge impulse move down that began in the middle of 2014, the CRB index finally bottomed in early 2016, putting in a small double bottom which was going to be part of a bigger inverse H&S bottom. After breaking out above NL1 the CRB index then rallied higher stalling out below the 2016 high and began to decline once more. That decline found support at the neckline symmetry line which was a good place to look for a low for the right shoulder of a much bigger double H&S bottom. After trading below NL2 for six months the price action finally broke above it with just a small rally.

From a Chartology perspective nothing is broken yet on the double H&S bottom, but the price action has been very laborious since the December low of last year. Again, nothing is broken, but I see a yellow flag waving that is signaling caution in regards to the double H&S bottom, which we’ll look at in more detail on the next chart to follow this one.