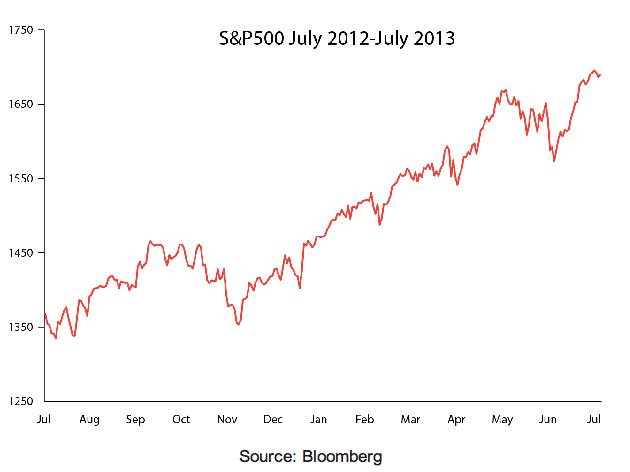 Things That Make You Go Hmmm…

When You’re Rattled by Collateral, Do the Fed Taper Talk

Only Hope for Italy Is Bankruptcy

When Giants Slow Down

Is the Emerging Market Boom Over?

This Is the Most Feeble Recovery in Our History

CHARTS THAT MAKE YOU GO HMMM…

WORDS THAT MAKE YOU GO HMMM…

Things That Make You Go Hmmm…

In 1964, Roald Dahl penned what is arguably his most famous book. It tells the story of a poor boy who, thanks to the discovery of a golden ticket concealed in a bar of chocolate, wins his way into a magical factory run by a mysterious oddball named Willy Wonka.

The book, Charlie and the Chocolate Factory, was a smash hit; and inevitably the book was turned into a screenplay, which spawned a 1971 movie in which the word Charlie was replaced in the title with the name of the character the movie’s producers felt was far more important to the narrative: Willy Wonka. And so it was that one of cinema’s great transformations from written page to silver screen took place, and in the process one of its finest characters was born.

Gene Wilder’s Willy Wonka is the only portrayal officially recognised and endorsed by Things That Make You Go Hmmm…. Accept no imitations.

As much respect and admiration as I have for the extraordinary talents of Johnny Depp, just … no, sorry. There is only one Willy Wonka, and it’s Gene Wilder.

Now that I’ve clarified my position on that particular issue, let’s proceed.

I am sure that, somehow, there may be readers who haven’t either read the book OR seen the movie; and so for them I include a short synopsis of the story. Please be apprised that it contains spoilers that, well, give away the entire plot and the ending, to be honest. If you have read the book or seen the movie, it may be worth reacquainting yourself with the plot before we dive in any deeper:

Mr. Willy Wonka, the eccentric owner of the greatest chocolate factory in the world, has decided to open the doors of his factory to five lucky children and their parents. In order to choose who will enter the factory, Mr. Wonka devises a plan to hide five golden tickets beneath the wrappers of his famous chocolate bars. The search for the five golden tickets is fast and furious….

Charlie Bucket, the unsuspecting hero of the book, defies all odds in claiming the fifth and final ticket. A poor but virtuous boy, Charlie lives in a tiny house with his parents, Mr. and Mrs. Bucket, and all four of his grandparents.

In the factory, Charlie and Grandpa Joe marvel at the unbelievable sights, sounds, and especially smells of the factory. Whereas they are grateful toward and respectful of Mr. Wonka and his factory, the other four children succumb to their own character flaws. Accordingly, they are ejected from the factory in mysterious and painful fashions.

During each child’s fiasco, Mr. Wonka alienates the parents with his nonchalant reaction to the child’s seeming demise. He remains steadfast in his belief that everything will work out in the end….

After each child’s trial, the Oompa-Loompas beat drums and sing a moralizing song about the downfalls of greedy, spoiled children. When only Charlie remains, Willy Wonka turns to him and congratulates him for winning. The entire day has been another contest, the prize for which is the entire chocolate factory, which Charlie has just won. Charlie, Grandpa Joe, and Mr. Wonka enter a great glass elevator, which explodes through the roof of the factory. (Source: iSL Collective)

In the movie’s first act, Bill, the owner of the sweetshop, sings a song written by Anthony Newly and Leslie Bricusse, called “The Candyman”, which praises the wonderful world created by Wonka and espouses the pure joy of living in a place where everything is deliciously sweet; miracles, dreams, and rainbows are ubiquitous; and any sorrow is separated and discarded in favour (yes, there’s a u in favour — deal with it!) of cream … pure cream.

As Bill hands out free candy to a group of wide-eyed kids, you can see in their eyes the pure joy that only comes of living in a world where everything is wonderful and nothing bad ever happens. Yes, the US equity markets have bought firmly into the idea that everything is right in the world and that nothing will ever be allowed to go wrong. A prime example of this attitude emerged last Thursday, when we were greeted with two irreconcilable headlines on the same day: