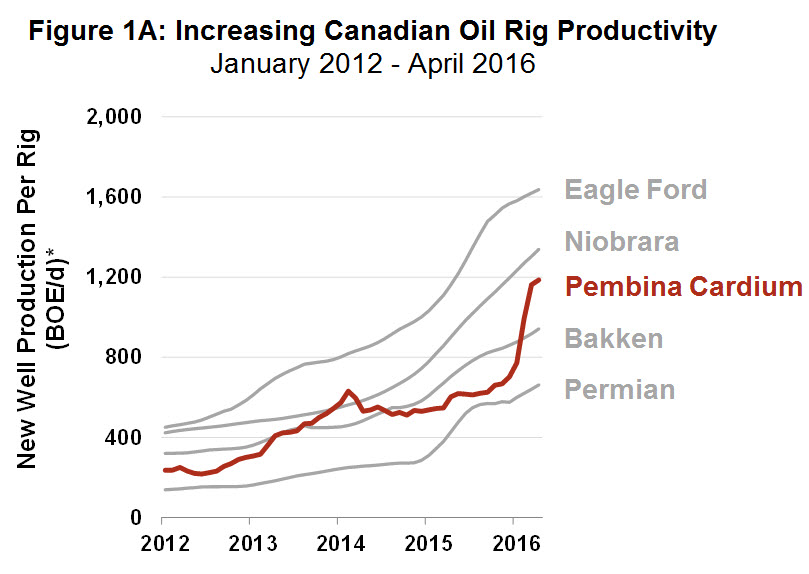 Canada’s Western Canadian Sedimentary Basin (WCSB) is one of the largest repositories of hydrocarbons in the world, with plenty of source rocks that are conducive to the same innovative processes that are delivering impressive results in the US. Yet productivity improvements in Canada have lagged – until recently.

Introduction of larger, AC electric “triple” rigs that can walk on pads has lagged the US. But the modern fleet has risen in the WCSB and geriatric rigs have been retired. Over the past year other ingredients in the United States secret sauce have been adopted by Canadian industry in a big way. Established producers in the WCSB are going down the learning curve quickly; validating the notion that Canadian rocks can perform as well as other highly productive regions

Weaker US$ Could Send Gold & Gold Stocks to Higher Targets