The Buying Opportunity of a Lifetime is Coming… 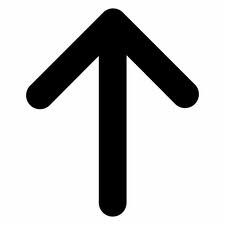 A few months ago, I started warning that …

Given the dollar’s rally last week, I think the trend will continue, as Europe’s economy — due to the extreme austerity measures being taken — sinks into a depression and the euro suffers from it.

The European Central Bank (ECB), meanwhile, has indeed printed a lot of money — over $1 trillion. This is doing nothing but keeping the banks alive, kicking the debt crisis down the road, and threatening to further pressure the euro lower.

As I told you in a recent column, there will be no implosions in China, no disasters. Mind you, Beijing has engineered this soft landing with plenty of ammo left. Which means they have plenty of options available to boost growth, should they need to.

•  Coffee prices have fallen 23.8% from their high earlier this year.

•  Cattle prices are down more than 10%, just since February.

•  Natural gas prices have plunged almost 36% since the first of the year.

I say this not to boast, but to prove to you one major point: There can be big disinflationary waves in commodities, even when there’s money-printing going on.

Why’s that important? Because nine out of 10 investors (and analysts) think all too linearly about the markets.

They think that, if there’s money-printing going on, in any part of the developed world, it’s inflationary. And that commodity prices must therefore go up.

Not true. The markets are dynamic, complex systems. If you’re to get the big picture right, you simply have to throw out all the old rules you’ve been taught or told — and stop thinking about the markets linearly.

Just consider gold. It’s down more than $300, or 15.6%, since its record high of last year … and upward of $151, or 8.4%, since its high at the end of February. This, despite massive European money-printing … continual bad news out of Europe … alleged buying of gold by Beijing … and an improvement in the U.S. economy, which should be a tad inflationary for gold.

Silver’s down even more — a whopping 38.1% since its record high last year and 16.4% since its high just six weeks ago.

The markets also take no prisoners. John Paulson’s main hedge fund was down a whopping 51% in 2011 … and a reported 13% so far this year. Yet he’s one of the biggest and savviest money managers in the world.

The thing is, the disinflation you’re seeing in commodity prices is bound to continue. Through September of this year, according to my models. By then, we will likely see the majority of investors throw in the towel on the commodity sector — which will then make it an optimal time to go back in and back up the truck and buy.

What about the U.S. stock markets? A reader recently wrote in questioning me on my long-term forecast, wondering how in the heck the Dow Industrials could ever run to substantial record new highs (my forecast) if the U.S. economy is never going to fully recover and instead, slip to No. 2 in the world, with China rising to No. 1.

Defies logic, right? On the surface, yes. But it’s happened before. Just go back to the 1932 to 1937 period. The U.S. economy sank deeper and deeper into depression, yet the Dow Industrials soared 287%.

The same thing will happen again. Only this time, it will push both U.S. and Chinese stock markets substantially higher. Gold will soar to more than $5,000 an ounce as well.

But we’re not there just yet. More pullbacks are coming in the commodity sector, and in stocks.

When those pullbacks are finished, it will, in my opinion, represent the buying opportunity of a lifetime, in commodities and stocks.

What about the recent talk of the Fed abandoning a third round of quantitative easing and not printing any more money? That’s temporary.

As sure as I know my name, the Fed will come back in and print record amounts of money. We’re not there yet either, though. Expect it later this year, when commodities and stocks look terrible.

P.S. The sad state of affairs in the euro zone may be helping the dollar now. But as the Chinese yuan makes big strides, it’s trampling the greenback in the process.

Even worse, the U.S. government is not only letting it happen, but it’s playing a big role in helping to devalue our currency! This gives Washington a chance to inflate away the burden of its unpayable debt mountain.

Don’t let your wealth be left in the dust — watch my free video for proof of this conspiracy, and learn the steps you need to take to protect yourself and even prosper. Just click here to watch it now.

Larry Edelson has nearly 33 years of investing experience with a focus in the precious metals and natural resources markets. His Real Wealth Report (a monthly publication) and Resource Windfall Trader (weekly) provide a continuing education on natural resource investments, with recommendations aiming for both profit and risk management.