The Bottom Line: Seasonal Strength Next 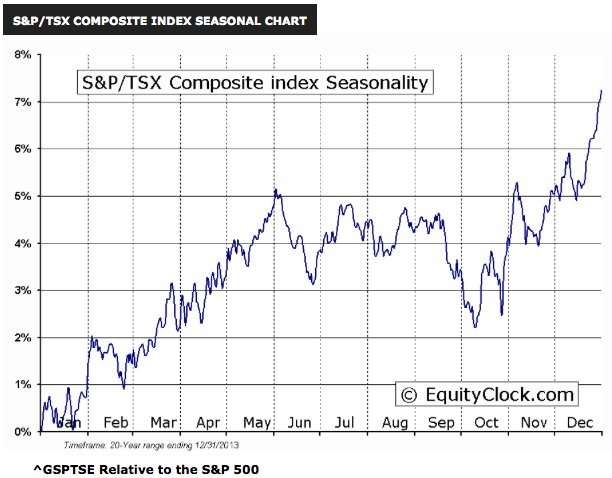 Opportunities, Dangers & Risks that produce these Opportunities & Timing – This article contains Michael’s interview with Don Vialoux on Money Talks March 1st. Just below is Don’s Monday comment which is extensive, focusing on this weeks coming Economic Events, Stocks & Market Breakouts & Breakdowns and a Weekly Review of over 40 charts. One of the most thorough and valuable assembly of facts, opportunities & risks to avoid that you will find – Money Talks

The Bottom Line: Seasonal Strength Next

U.S. equity markets have a history of moving higher during the first two weeks in March. The period is the second highest two week period in the year, second only to the Santa Claus rally period. March is the fourth strongest month in the year for the S&P 500 Index and third strongest month in the year for the TSX Composite during the past 62 years. Best performing sectors in the month during the past 22 periods are Energy, Consumer Discretionary and Financials. Weakest performing sectors are Health Care and Consumer Staples. Strongest sub-sectors are Retail and Chemicals. Weakest sub-sectors are Gold and Biotech. International events could influence equity markets. The Ukraine is a focus, but developments in Turkey, Venezuela and Argentina also are on the radar screen. China’s PMI reports are scheduled to be released over the weekend and on Monday. A wide variety of other China data is released and the People’s Bank of China is expected to make an important announcement in the middle of the week.

Economic news this week is expected to confirm that weather has slowed growth. The latest weather forecasts call for colder than average temperatures in North America for the next two weeks.

Earnings reports are not a significant influence on equity markets this week.

Much more HERE including 50 Charts & Commentary