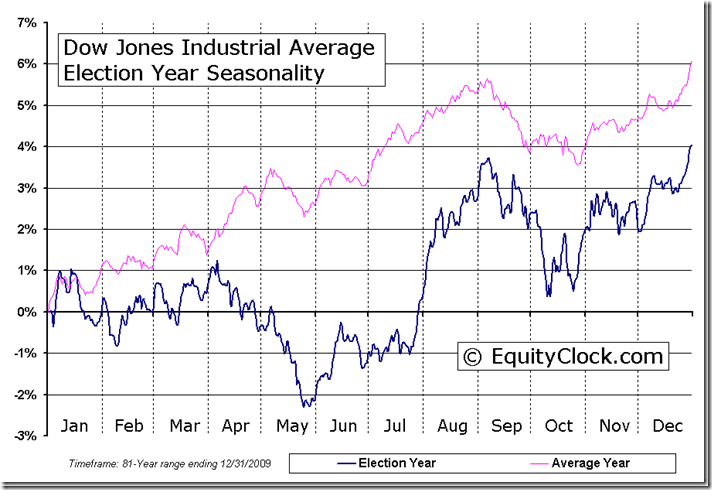 North American equity markets are set up technically for a short term recovery. The lows set by major equity indices on Friday May 18th likely will hold. Look for volatility to escalate. A base building period lasting until the middle of July, when second quarter earnings reports begin to be released, has started. Gains between now and mid-July will be sparse except for very short term trades.

U.S. and Canadian equity markets have a history of moving higher during the week after the U.S. Memorial Day holiday. Many U.S. traders take an extended holiday this week. Volume on U.S. exchanges are expected to be lower than average. ….be sure to check out Don’s briliant 45 chart monday chart and comment compilation HERE

Ed Note: Long Term, Richard Russell declared on the Memorial Day Weeend that because the D-J industrial Average high of 13,279.32 on May 1, 2012 was not confirmed by the Transports, and then when the two averages turned down and broke below their April lows “This action confirmed that a primary bear market is in progress — it was a textbook bear signal.”

Russell further thinks that the Bear Signal indicates that its likely Greece, then Spain, will leave the Euro and then whole Eurozone will likely crumble. Also that although Gold will probably be under pressure or awhile, a major bull market/move is to follow.