The Big Swing: US Long Rates? The ball is in China’s court! 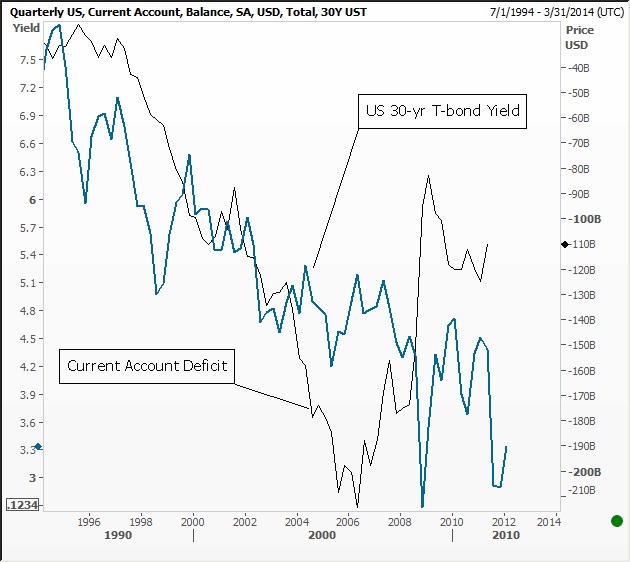 Watching the rise in US long-bond yields got me to wondering: What if the fall in the Japanese and Chinese current account surpluses continues, i.e. this trend is for real? If so, it means both countries recycle less of their yen and yuan, respectively, back into the US capital markets.  It means the global economy could finally see some rebalancing between the major deficit country, the US and surplus country, China.  It means the US current account deficit, which seems to worry many people and economists alike, is likely to improve, as Japan and China morph increasingly into capital importers instead of capital exporters.

Has this rebalancing begun?  We don’t know yet.  But interestingly, given the needs for Japan to rebuild and China to change its growth model, it could very much be the next major global macro trend for the global economy.  If so, there are three major implications, and several investment themes spawned:

1)     US long bond yields have likely bottomed (price topped), and

2)     The next major growth phase for the global economy will be the rise of the Asian Consumer.

3)     Global capital and trade flow will become a two-way street.

Risks to this rosy long-term scenario are many; here are just a few examples:

Net-net if this major trend plays out, it means the US may avoid its fiscal train-wreck destiny and paradoxically if Chinese leaders trust their average citizens more, they will gain even more control of their own destiny.