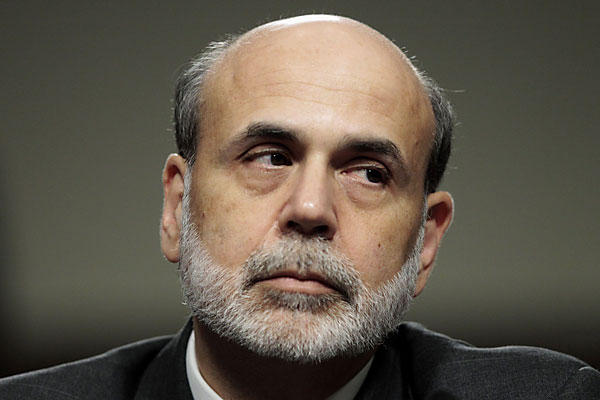 The financial world was shocked this month by a demand from Germany’s Bundesbank to repatriate a large portion of its gold reserves held abroad. By 2020, Germany wants 50% of its total gold reserves back in Frankfurt — including 300 tons from the Federal Reserve. The Bundesbank’s announcement comes just three months after the Fed refused to submit to an audit of its holdings on Germany’s behalf. One cannot help but wonder if the refusal triggered the demand.

Either way, Germany appears to be waking up to a reality for which central banks around the world have been preparing: the dollar is no longer the world’s safe-haven asset and the US government is no longer a trustworthy banker for foreign nations. It looks like their fears are well-grounded, given the Fed’s seeming inability to return what is legally Germany’s gold in a timely manner. Germany is a developed and powerful nation with the second largest gold reserves in the world. If they can’t rely on Washington to keep its promises, who can?

Where is Germany’s Gold?

The impact of Germany’s repatriation on the dollar revolves around an unanswered question: why will it take seven years to complete the transfer?

The popular explanation is that the Fed has already rehypothecated all of its gold holdings in the name of other countries. That is, the same mound of bullion is earmarked as collateral for a host of different lenders. Since the Fed depends on a fractional-reserve banking system for its very existence, it would not come as a surprise that it has become a fractional-reserve bank itself. If so, then perhaps Germany politely asked for a seven-year timeline in order to allow the Fed to save face, and to prevent other depositors from clamoring for their own gold back — a ‘run’ on the Fed.

Now, the Fed can always print more dollars and buy gold on the open market to make up for any shortfall, but such a move could substantially increase the price of gold. The last thing the Fed needs is another gold price spike reminding the world of the dollar’s decline.

None of these theories are substantiated, but no matter how you slice it, Germany’s request for its gold does not bode well for the future of the dollar. In fact, the Bundesbank’s official statements are all you need to confirm the Germans’ waning faith in the US.

Last October, after the Bundesbank had requested an audit of its Fed holdings, Executive Board Member Carl-Ludwig Thiele was asked in an interview why the bank kept so much of Germany’s gold overseas. His response emphasized the importance of the dollar as the world’s reserve currency:

“Gold stored in your home safe is not immediately available as collateral in case you need foreign currency. Take, for instance, the key role that the US dollar plays as a reserve currency in the global financial system. The gold held with the New York Fed can, in a crisis, be pledged with the Federal Reserve Bank as collateral against US dollar-denominated liquidity.”

Thiele’s statement can lead us to only one conclusion: by keeping fewer reserves in the US, Germany foresees less future need for “US dollar-denominated liquidity.”

The whole situation mirrors the late 1960s, during a period that led up to the “Nixon Shock.” Back then, the world was on the Bretton Woods System — an attempt on the part of Western central bankers to pin the dollar to gold at a fixed rate, while still allowing the metal to trade privately as a commodity. This led to a gap between the market price of gold as a commodity and the official price available from the Treasury.

As the true value of gold separated further and further from its official rate, the world began to realize the system was unsustainable, and many suspected the US was not serious about maintaining a strong dollar. West Germany moved first on these fears by redeeming its dollar reserves for gold, followed by France, Switzerland, and others. This eventually culminated in Nixon “closing the gold window” in 1971 by ending any link between the dollar and gold. This “Nixon Shock” spurred chronic inflation throughout the ’70s and a concurrent rally in gold.

Perhaps the entire international community is thinking back to the ’60s, because Germany isn’t the only country maneuvering away from the dollar today. The Netherlands and Azerbaijan are also discussing repatriating their foreign gold holdings. And every month, we hear about central banks increasing gold reserves. The latest are Russia and Kazakhstan, but in the last year, countries from Brazil to Turkey have been adding to their gold holdings in order to diversify away from fiat currency reserves.

And don’t forget China. Once the biggest purchaser of US bonds, it is now a net seller of Treasuries, while simultaneously gobbling up gold. Some sources even claim that China has unofficially surpassed Germany as the second largest holder of gold in the world.

Unlike the ’60s, today there is no official gold window to close. There will be no reported “shock” indicator of a dollar flight. This demand by Germany may be the closest indicator we’re going to get. Placing blame where it’s due, let’s call it the “Bernanke Shock.”

It Takes One to Know One

In last month’s Gold Letter, I wrote about the three pillars supporting the US Treasury’s persistently low interest rates: the Fed, domestic investors, and foreign central banks — led by Japan. I examined how Japan’s plans to radically devalue the yen may undermine that country’s ability to continue buying Treasuries, which could cause the other pillars to become unstable as well.

While private investors and even the Fed might be deluding themselves into believing US bonds are still a viable investment, Germany’s repatriation news makes it clear that foreign governments are no longer buying the propaganda. And why should they? If anyone should appreciate the real constraints the US government is facing, it is other governments.

Our sovereign creditors know that Ben Bernanke and Barack Obama are just regular men in fancy suits. They know the Fed isn’t harboring some ingenious plan for raising interest rates while successfully selling back its worthless mortgage and government securities. Instead, the Fed is like a drug addict making any excuse to get its next fix. [See Bernanke’s tell-all interview with Oprah where he confesses to economic doping!]

US investors should be as shocked as the Bundesbank about the Fed’s deception. While we cannot redeem our dollars for gold with the Fed, we can still buy gold with them in the open market. As more investors and governments choose to save in precious metals, the dollar’s value will go into steeper and steeper decline — thereby driving more investors into metals. That’s when the virtuous circle upon which the dollar has coasted for a generation will quickly turn vicious.

Peter Schiff
for The Daily Reckoning

For further reading, please check out Peter’s excellent book How an Economy Grows and Why it Crashes, available now from Laissez-Faire Books.