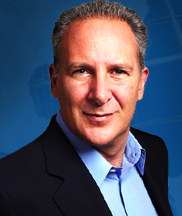 As Japanese Prime Minster Shinzo Abe has turned his country into a petri dish of Keynesian ideas, the trajectory of Japan’s economy has much to teach us about the wisdom of those policies. And although the warning sirens are blasting at the highest volumes imaginable, few economists can hear the alarm. (A longer version of this article can be found in Euro Pacific Capital’s Global Investor Newsletter.)
Data out this week shows the Japanese economy returning to recession by contracting for the second straight quarter (and three out of the last four quarters). The conclusion reached by the Keynesian apologists is that the benefits of inflation caused by the monetary stimulus have been counteracted, temporarily, by the negative effects of inflation caused by taxes. This tortured logic should be a clear indication that the policies were flawed from the start.

Although the Japanese economy has been in paralysis for more than 20 years, things have gotten worse since December 2012 when Abe began his radical surgery.. From the start, his primary goal has been to weaken the yen and create inflation. On that front, he has been a success. The yen has fallen 23% against the dollar and core inflation, which was running slightly negative in 2012, has now been “successfully” pushed up to 3.1% according to the Statistics Bureau of Japan.

But there is no great mystery or difficulty in creating inflation or cheapening currency. All that is needed is the ability to debase coined currency, print paper money or, as is the case of our modern age, create credit electronically. These “successes” should not come as a surprise when one considers the relative size of Abe’s QE program. For much of the past two years the Bank of Japan (BoJ) has purchased about 7 trillion yen per month of Japanese government bonds, which is the equivalent of about $65 billion U.S. [Forbes 9/24/14, Charles Sizemore] While this is smaller than the $85 billion per month that the Federal Reserve purchased during the 12-month peak of our QE program, it is much larger in relative terms.

The U.S. has roughly 2.5 times more people than Japan. Based on this multiplier, the Japanese QE program equates to $162.5 billion, or 91% larger than the Fed’s program at its height. But, according to IMF estimates, the U.S. GDP is 3.3 times larger than Japan. Based on that multiplier, Japanese QE equates to $214.5 billion per month, or 152% larger. And unlike the Federal Reserve, the Bank of Japan hasn’t even paid any lip service to the idea that its QE program will be scaled back any time soon, let alone wound down.

In fact, Abe’s promises to do more were spectacularly realized in a surprise move on October 31 when the BoJ, claiming “a critical moment” in its fight against deflation, announced a major expansion of its stimulus campaign. (The fact that official inflation is currently north of 3% – a multi-year high, seems to not matter at all.)

At the same time the BoJ also announced its intention to roughly triple its pace of its equity and property purchases on Japan’s stock market. According to Nikkei’s Asian Review (9/23/14), the BoJ now holds an estimated 7 trillion yen portfolio of Japanese stock and real estate ETFs. Even Janet Yellen has yet to cross that Rubicon.

And what has this financial shock and awe actually achieved, other than 3% inflation, a weaker yen, a stock market rally, and continued international praise for Abe? Well, unfortunately nothing other than a bona fide recession and a growing threat of stagflation.

The weaker yen was supposed to help Japan’s trade balance by boosting exports. That didn’t happen. In September, the country reported a trade deficit of 958 billion yen ($9 billion), the 27th consecutive month of trade deficits. The deterioration occurred despite the fact that import prices rose steeply, which should have reduced imports and boosted exports. And while some large Japanese exporters credited the weak yen for easier sales overseas, small and mid-sized Japanese businesses that primarily sell domestically have seen flat sales against rising fuel and material costs.

But price inflation is not pushing up wages as the Keynesians would have expected. In August, Japan reported real wages (adjusted for inflation) fell 2.6% from the year earlier, the 14th straight monthly decline. This simply means that Japanese consumers can buy far less than what they could have before Abenomics. This is not a recipe for happy citizens.

Japanese consumers must also deal with Abe’s highly unpopular increase of the national consumption tax from 5% to 8% (with a planned increase to 10% next year). The sales tax was largely put in place to keep the government’s debt from spiraling out of control as a result of the fiscal stimulus baked into Abenomics. And while economists agree nearly universally that the price increases that have resulted from the sales tax have caused a sharp drop in consumer spending, they fail to apply the same logic that price increases due to inflation will deliver the same result.

A bedrock Keynesian belief is that falling prices create recession by inspiring consumers to delay purchases until prices fall further. According to the theory, even a 1% annual drop in prices could be sufficient to decimate consumers’ willingness to spend. Conversely, they believe rising prices, otherwise known as inflation, will spur spending, and growth, as it inspires people to buy now before prices rise further. But if consumers have clearly been put off by rising prices due to taxation, why would they be encouraged if they were to rise for monetary reasons? Don’t look for an explanation, there isn’t any. In reality, as any store owner will tell you, shoppers shop when prices are low and stay at home when prices are high.

Despite the bleak prospects for Japan, Abe continues to bask in the love of western economists and investors. In an October 6 interview with the The Daily Princetonian, Paul Krugman, who has emerged as Abe’s chief champion and apologist, responded to a question about the European economic crisis by saying “Europe need something like Abenomics only Abenomics, I think, is falling short, so they need something really aggressive in Europe.” A Bloomberg article ran on November 18 under the headline “Abe’s $1 Trillion Gift to Stock Market Shields Recession Gloom.” So according to Bloomberg, Abenomics is not responsible for the country’s fall back into recession, which hurts everyone, but it is responsible for the surging stock market, which primarily benefits the wealthy.

One wonders how much more bad news must come out of the Japanese experiment in mega-stimulus before the Keynesians reassess their assumptions? Oh wait…I’m sorry, for a second there I thought they were susceptible to logic. But those who are not blinded by left-wing dogma should take a good look at where the road of permanent stimulus ultimately leads.