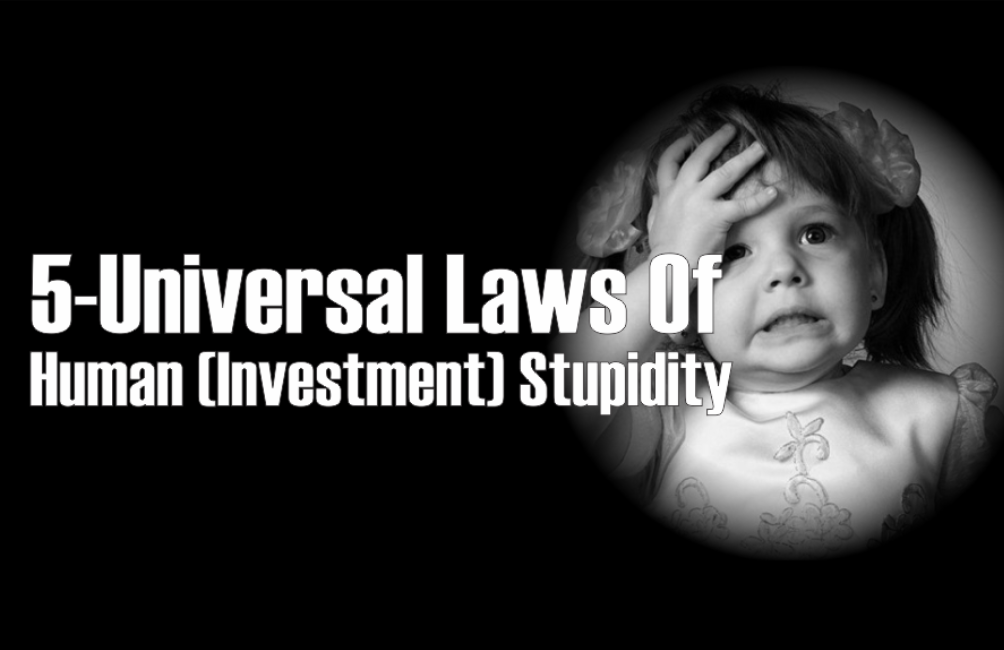 This past weekend, I was digging through some old articles and ran across one that needed to be readdressed on “human stupidity” as it relates to investing.

The background was a study done in 1976 by a professor of economic history at the University of California, Berkeley. Carol M. Cipolla published an essay outlining the fundamental laws of a force he perceived as humanity’s greatest existential threat: Stupidity.

Of course, if we look at the world around us today, watch or read the diatribe produced by financial and news outlets, or pay attention to politics, it certainly seems that since the advent of the “smartphone” and “social media” the percentage of “stupidity” has clearly risen. (Either that, or we are just more aware of the massive amount of “stupidity” around us. Thankfully, it seems to be contained primarily in Florida.)

We can’t really do much about the seemingly rising level of “general stupidity,” however, we can apply Cipolla’s five basic laws of human stupidity to investing and the mistakes investors repeatedly make over time….CLICK for complete article