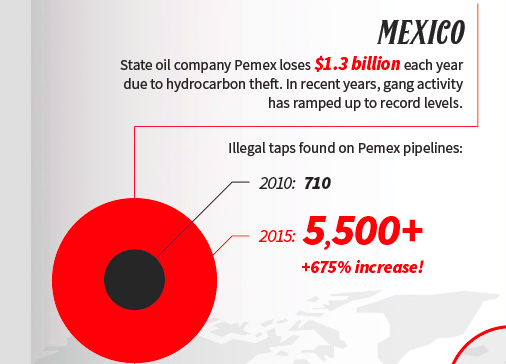 The value of the crude oil production alone is worth a staggering $1.7 trillion each year. Eventually, everybody wants a piece of the pie, includng politicians, military personnel, and police who are complicit in the outright theft of oil. Tapping pipelines….

2. An Impending Economic And Financial Disaster

An extremely low VIX level, like the current one, is signaling an eventual sell-off that I believe will be quite extreme.This event always generates a lot of press, and this year’s event was no exception. Here are a few of what I think are the most-interesting takeaways from Berkshire meeting.

One of the interesting things about the Great Recession was how Canada’s financial system sailed through it largely unscathed. Its banks were regulated wisely and behaved prudently, its citizens avoided the extreme stupidity of their credit-addicted neighbors to the south, and its government refrained from doubling its debt every eight years.

But instead of Americans learning from Canada, Canadians appear to have concluded that we had it right after all.