The 10th Man: “It Could Never Happen Here” 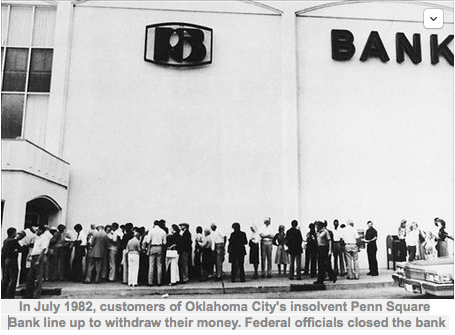 I was watching the 6 o’clock news and saw images of closed banks in Greece and people lined up at ATMs. I’m sure you did, too.

This must seem surreal to most people because it seems so remote. But put yourself in these people’s shoes for a second. You have money in the bank. Suddenly you can’t get to it. After standing in long lines, you can only get 60 euros at a time, which isn’t going to last you very long.

What if you didn’t plan adequately and haven’t stashed away any cash? The banks will be closed for a while. What happens?

How do you pay for rent? Or food?

How does your employer pay you?

Do you go homeless? Or hungry?

Do you get really angry, take to the streets, blame someone or something (probably the wrong thing), break stuff, set things on fire?

Will Greece descend into anarchy? Of course, not everyone in Greece is hurting. Many people saw this coming and took action. They took all their money out of the banks, put it under the mattress, or maybe stored it in a safe. Maybe they bought gold, or diamonds, or something else. These people aren’t standing in lines at ATMs. They aren’t going to go homeless or hungry.

But these people get a pretty bad rap—at least here in the US, where we call them “doomsday preppers.” Or “bunker monkeys.” Or “conspiracy theorists.” Or “gold bugs.” They take a beating.

Jim Rickards tweeted the other day, “I’ll bet there a lot of Greeks saying, ‘I wish I had bought some gold.’” Truer words have never been spoken.

This week’s issue of The 10th Man is not a gold promotion, but rather a broader discussion about how you can prepare for financial catastrophe. People keep fire extinguishers and first aid kits in their cars. They test their smoke alarms twice a year. They purchase flood insurance or, in my neighborhood, hurricane shutters.

Why would you do all these things but just leave your money in the bank and hope for the best?

I have studied all kinds of financial crises in all parts of the world, from depressions to hyperinflations. The thing they all have in common is that people who do not prepare get crushed. People who are not appropriately paranoid get crushed.

There is such a thing as being too paranoid (if everything you own is in gold and hard assets, you can miss out on some meaty returns in financial assets), but a little paranoia is healthy. For a few years, I had a pretty concrete escape plan, with assets, just in case.

In case of what?

In case of anything.

Probably what will happen is that the banks will require a Cyprus-like bail-in and the depositors will take a massive haircut, getting only a fraction of what they once owned. There are no wealthy Russians to go after. The burden will fall on ordinary Greeks.

It’s also hard to feel badly for a nation of people who have chosen to pursue this ruinous political path—people who cast 52% of their votes for communists or neo-Nazis, and who have proven completely unable to take any responsibility for what has transpired.

Greece will probably respond to the failure of extreme-left Syriza by electing even moreextreme politicians. It seems likely that they will choose a strongman to “get things done.” I think people fail to understand how totalitarianism can happen in the 21st century. Think of this as a YouTube tutorial video on the subject.

A financial crisis of similar magnitude will happen in the US someday. The only question is whether it will happen in 20 years or 50 or 100 or 200. But it is a virtual certainty. My only hope is that I won’t live long enough to see it.

Still, I know how to prepare for it. You know, in the old days before deposit insurance, people used to keep their money in five to ten different banks to diversify their counterparty risk. If a bank was perceived to be less creditworthy, the banknotes would trade at a discount.

I think that in the days of FDIC and various investor protections, we are lulled to sleep, believing that things really are safe when in reality, they are not. We were hours away from a complete and total financial collapse when the Reserve Primary fund broke the buck and there was a run on the money market mutual funds. We were that close.

After those dark days in 2008, I vowed that I’d never be in that position again.

You do sacrifice investment returns when you do this kind of stuff. Cash or gold or diamonds doesn’t yield anything. But then again, nowadays, neither do bonds. Don’t let the financial media shame you into thinking that taking basic emergency precautions to protect yourself financially is somehow “crazy.”

You can overdo it, though. You don’t need that many cans of pork and beans.

The article The 10th Man: “It Could Never Happen Here” was originally published at mauldineconomics.com.