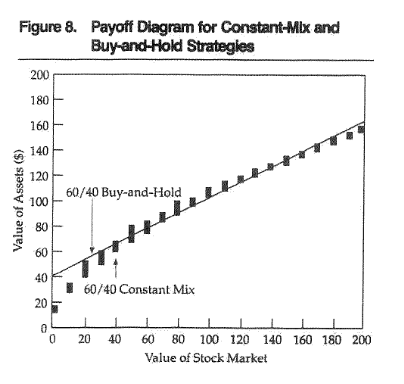 China hemorrhaged $663 billion of its reserves since June 2014 in a misguided attempt to prop up the yaun. Once the biggest buyer of US treasuries China Starts Dumping U.S. Government Debt.

Note the irony of that headline. Misguided analysts long clung to the belief that the US dollar would go to hell when China started dumping treasuries, “certificates of confiscation” as they were commonly called.

Instead, China has used a significant portion of its reserves to prop up the Yuan. It still has about $3.3 trillion left according to estimates, but China cannot keep the current pace up forever.

The Financial Times reports Capital Controls May be China’s Only Real Option.

Chinese officials readily admit that communication has not been their strong point when it comes to dealing with international investors. Policymakers have now made it explicit that they have no wish to engineer a big devaluation. However, they are much less forthcoming about how they plan to reconcile a desire for currency stability with the realities of capital flight and a slowing economy.

Central bank guidance is most effective when the policy is clear and it is relatively straightforward to work out how it will evolve in response to changes in economic data. At present, the reality in China is that the PBoC has no clear course of action and wants to leave itself flexibility.

No amount of clarification would help to varnish the underlying problem: capital flight. The corruption clampdown and a lack of investment opportunities at home are driving Chinese people to take their money out of the country, just as the prospect of higher US interest rates is prompting companies to pay off dollar debt. Fear of a devaluation has fuelled the outflows. Far from seeking a weaker renminbi, the central bank has been forced to spend a big chunk of its reserves to prop it up

This goes against the grain of recent liberalising measures, which last year helped China win the renminbi’s inclusion in the International Monetary Fund’s special drawing rights basket, alongside traditional reserve currencies. However, the IMF has become far more willing to accept the case for temporary capital controls since quantitative easing sparked huge flows of hot money into emerging markets.

Capital controls are not a long-term solution but, at present, they are the correct step for Beijing to take in a very difficult situation. However, they will only work if China uses the breathing space to articulate a clear policy to rebalance its economy and liberalise its currency in the longer term — a process that will take many years.

The Wall Street Journal hits the nail on the head with this headline: Yuan’s Fall Is Just ‘Noise’ Amid Deeper China Woes.

When the financier George Soros attacked the British pound in 1992 and famously “broke the Bank of England” he was trading on a conviction that the currency was misaligned.

Britain devalued after squandering its reserves in a vain defense. Mr. Soros walked off with $1 billion or more. To the surprise of many, though, the U.K. economy soon picked up once the pound found its proper level.

China’s raging battles with currency speculators are unlikely to end as happily for the country. That’s because turmoil in the currency markets reflects a much more perilous imbalance than an overvalued yuan: China is now lopsidedly dependent on ever larger inputs of local bank credit to keep sputtering growth from declining further.

The country is already littered with “zombie” factories, empty apartment blocks that form ghostly suburbs, mothballed power stations and other infrastructure that nobody needs. But yet more wasteful projects are in the pipeline, even as the government talks about cutting industrial overcapacity.

“That’s the misalignment–everything else is noise,” says Rodney Jones, the Beijing-based principal of Wigram Capital Advisors, who was a partner at Soros Fund Management during the 1990s.

If debt keeps piling up at the current rate, China faces an eventual financial crisis, perhaps leading to years of subpar growth, mirroring the fate of Japan after its bubble burst in the early 1990s.

Mr. Jones argues that global equity markets haven’t property adjusted to this risk, even after a 16% decline in U.S. dollar terms from their May peak. “The world will have to learn to live without demand from China,” he says. “It’ll come as a shock.”

Managing a Crisis of China’s Own Doing

As we sit here discussing “temporary” measures that often seem to last decades, we need to step back and ask: What caused this mess?

The answer is a ridiculous growth targets. To hit 7% growth targets for years on end, China had to waste a lot of money on projects, many of which are now worthless.

While the boom lasted, China, like Japan before it, was considered an “economic miracle”.

To top it off, China did not float the yuan, but now wants to defend an untenable target.

Unlike the above writers, I suggest China do what it should have done a decade ago: float the yuan and stop micro-managing the economy.