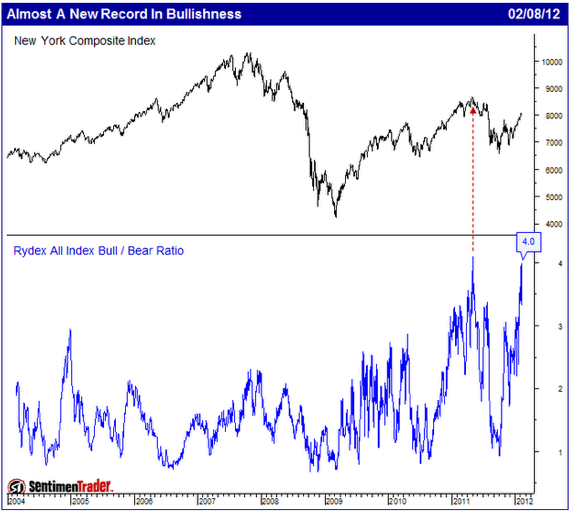 Checklist for a Top

The AAII ratio of bulls and bears has soared to 74 and the Rydex Bull/Bear ratio is almost at a new record high (chart follows). This confirms Ross’s work on the VIX reviewed in the ChartWorks “Complacency Abounds Oh-Oh!” of January 24th. The above is part of report that was

published for our subscribers February 9, 2012.