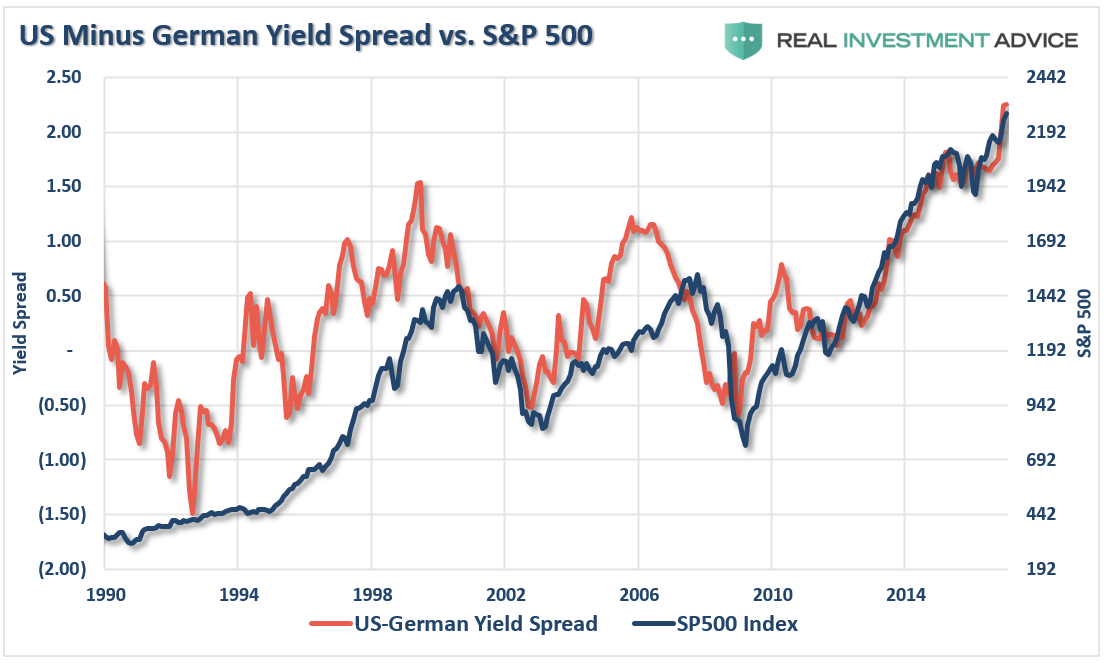 Since December, I have been discussing the opportunity that existing in the potential for a rotation from the “risk-on”Trump Rally to the “risk-off” safety trade. I stated that in December we began buying these “risk off” trades based on this expectation and adding bonds, utilities, health care, preferred stocks and REIT’s to our portfolios.

The addition of bonds was also done under the premise that while the majority of analysis was discussing the long-term bottom in rates and the obvious move higher, I have not agreed. This is because “real inflation” remains nascent outside of health care and rent. The recent bump in commodity prices has also been a contributing factor to a small degree but has the negative side of fueling input costs that reduce corporate profitability. The rise in commodity prices, primarily oil, has been driven by a strengthening dollar which was something I discussed would happen in May of 2015.

Interestingly, Jeff Gundlach caught up with my stance last week discussing the “stealth rotation.” To wit:

“Not only is the Trump rally over, but stocks are the last to get the memo. That’s the current market summary according to DoubleLine’s Jeff Gundlach who told Reuters that ‘there is a stealth flight to safety going on.’

Among key indicators, Gundlach pointed to German Bunds and especially Schatz (2Yr), noting that ‘German bond yields are leading the way down and Gold is rising.’  He also warned that ‘speculators remain massively short bonds and the market is going to squeeze them out.’”

He is absolutely correct, and both of these are points I have made previously.

Now, we’re told that despite bond yields surging we can still count on U.S. equities trending toward infinity because they’re better positioned to absorb higher rates than emerging markets. “The chart below shows the 10-year Treasury rate the German Bund rate. Not surprisingly, since rate spreads directly impact economic activity, trade, and currency flows, whenever spreads widen to such a degree, bad things have tended to happen.”