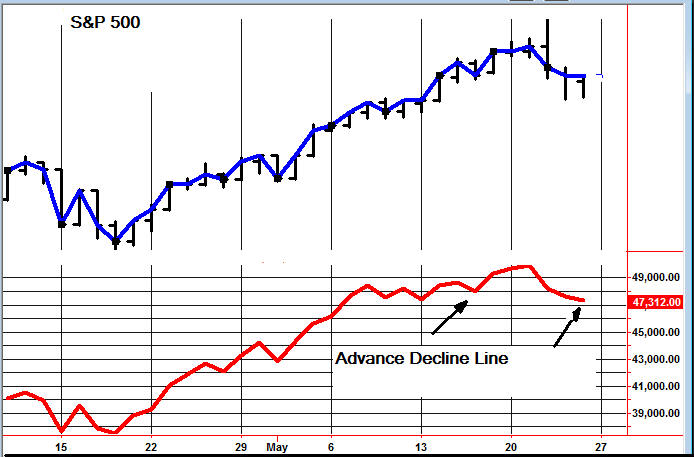 STOCKS: The stock market seems to be increasingly of the opinion that the Fed is going to taper off with its money printing. At least that’s the opinion of the media talking heads over the past few days.

I don’t see it that way. Bernanke has already said that he is going to continue debasing the currency as long as the unemployment rate remains above 6.5%. I think what we may be getting is simply profit taking on a market that has had a solid run.

GOLD:  Gold was down $9, but it’s making a pattern of rising tops and rising bottoms which is a positive.

CHART: The S&P 500 has been much lower in the early going, but buyers have continued to come in. However, this time they haven’t been able to push it into positive territory by the close. Also, the advance decline line is now making a clear break of the previous low (arrows). This puts us into the short term bearish camp.