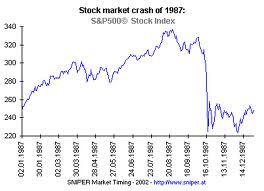 Mario Draghi and the European Central Bank (ECB) shocked financial markets this week when they yet again revealed they were prepared to further combat a stagnating European economy. They announced they were lowering three key policy rates to their ‘lower bound’ and unveiled an unconventional QE style stimulus program to purchase non-financial private sector debt. Unfortunately, the implicit message delivered was that their policy options are becoming exhausted, and consequently further accommodative policy saw the euro fall over 2 cents on Thursday against the US dollar.

The trimming of the key policy rates is only somewhat significant as they have taken their deposit rate, the rate of interest charged to financial institutions, further into negative territory. Ideally, no financial institution is going to take a loss or pay the ECB interest to hold their cash overnight, and ultimately it’s a facility that will not be used. In theory, it’s to create the disincentive to deposit funds with the ECB, and instead incentivise them to make money available to the business sector.

The other key lending rate to focus on is the refinancing rate, which the ECB cut to 0.05 percent. This is similar to where the Federal Funds Rate in the US sits between 0 and 0.25 per cent, and at 1 per cent in Canada. And again, a marginal 10 basis point cut does not make a huge material difference to incentivize banks to now borrow more and make loans, but it almost acts as part of a last resort move for the ECB attempting to stave off a deflationary environment.

These further rate cuts seem like a last resort tool for the ECB in terms of utilizing their conventional policy tools, which clearly are not providing the incentives with the liquidity to spur economic activity in the respective economies. With powerhouses like Germany actually seeing GDP growth contract in the latest quarter, and Italy now entering a triple dip recession, this crisis still very much drags on in Europe. But the question is, as monetary policy sees a diminishing impact, can further accommodation prolong the structural reforms so desperately needed?

Mario Draghi said at his press conference that these measures will only work if they come with the structural reforms on the fiscal policy side, and that is left up to the individual European governments.  But as the ECB looks to protect its mandate of price stability in the euro, similar to that of the US Fed, policies in the last week have entered the experimental phase as they begin their targeted bond purchases.

The biggest shortfall of monetary policy in Europe was that it was not filtering through to the businesses that hire workers and advance the economy. As was seen by continuously lowering policy rates, credit has largely remained unavailable to the small and medium size enterprises. The announcement of purchasing asset backed securities is the first step in how the ECB plans to combatthis.

As Draghi dictated and the market reacted, this is a policy that ultimately weakens their currency, where on Thursday the euro reacted and fell to its lowest level since July of last year. Many are drawing comparisons to this and the Fed’s Quantitative Easing, or Abenomic’s and its three arrow approach in Japan. Moreover, the ECB is really the last major central bank to join the experimental policy party, and whether they will be successful is not the question, as six years into recovery, investors have learnt the hard lessons of not betting against central banks. Instead, what is the cost of experimental policy and ongoing government malaise?

A question we are still awaiting an answer to here in North America.

All investments contain risks and may lose value. This material is the opinion of its author(s) and is not the opinion of Border Gold Corp. This material is shared for informational purposes only. Information contained herein has been obtained from sources believed to be reliable, but not guaranteed.  No part of this article may be reproduced in any form, or referred to in any other publication, without express written permission.  Border Gold Corp. (BGC) is a privately owned company located near Vancouver, BC. ©2012, BGC.