Super Cool.. Incredible.. And A Must Read 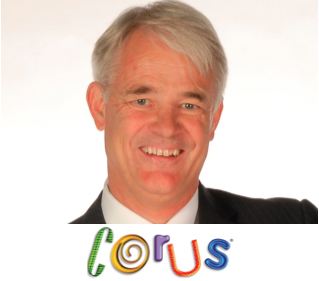 Just take a moment and read this list – it’s full of cool stuff and essential information.

– By the end of this year Amazon will have put 10,000 robots in their warehouses.  The robots are integrated into the delivery system and are estimated to save them between $400 million and $900 million annually as well as decrease customer delivery time.

– In November Arizona’s Local Motors built the first fully-functional 3D-printed electric car. It only took two days to construct. The car is made up of 49 parts, which pales in comparisons to all the nuts and bolts that make up your metallic car. The company aims to sell it for about $17,000.

– Last spring, a software algorithm wrote a breaking news article about an earthquake that The Los Angeles Times published.

– Morgan Stanley predicts that widespread adoption of self driving vehicles will contribute $1.3 trillion to the U.S. economy through cost savings from reduced fuel consumption and accidents, including $507 billion in productivity gains because people could work while commuting instead of driving.

– Robots now deliver fresh towels at the Aloft Hotel in Cupertino, California while an automated anesthesiologist, called Sedasys is increasingly employed in hospitals. Microsoft’s Kinect can recognize a person’s movements and correct them while doing exercise or physical therapy thereby aiding (or replacing?) physiotherapists.

You Can’t Ignore The Financial Opportunities

– Smartwatches are expected to ship 10.8 million units in 2015, up 400% plus from 2014 according to Shawn DuBravac, chief economist of the Consumer Electronics Association.

No matter what I say it will not do justice to the revolutionary changes and the massive opportunities in technology that are taking place. This is THE good news story of next generation but it’s surprising how many people don’t appreciate it – including virtually every current affairs commentator in the media.

The tech revolution has the potential to overcome the litany of bad news stories that threaten to overwhelm us like sovereign debt, geopolitical unrest, unfunded entitlement promises and financially incompetent governments.

For example, tech innovation has already resulted in significant improvements in fuel efficiency. As Bloomberg News reports, the amount of oil consumed per day in the US, for every $1 billion of economic activity, is down 33% from 20 years ago. The University of Michigan’s Transportation Research Institute reports that since 2007 the average car gets 28% better mileage.

Tech is the #1 driver of economic and investment growth

Most of us now understand the importance of 3D printers. Granted, on the investment side, I recommended taking profits in 3D stocks over a year ago – but that wasn’t because I doubt about the massive growth potential. It was because I saw more immediate downside risk than upside potential.

I still feel it’s too early to re-enter the 3D arena but I’m on the look-out for a bottom. In the meantime, new applications and new materials as well as a rapid expansion of the market are making the best 3D stocks even more interesting. There are going to be some monster winners in this area – Hewlitt Packard, Stratasys, 3D Printing and others are vying for leadership.

But 3D printers are just one example. Picking the winning robotics companies will make investors a heck of a lot of money. At the Consumer Electronics Show a week ago in Las Vegas, personal robots were the rage.

Maybe Intel is poised to be a big winner with its RealSense Technology, which offers the ability for electronic devices to understand and interact with the world in three dimensions. Intel is teaming up with iRobot to create a robot butler or maid, which will have a high level of dexterity and be able to navigate difficult environments. The technology is complicated but the end result is not. Real freaking robots in the home doing my chores!

I am very interested in the suppliers for the smart phone industry. Apple introduces its first smart watch this year and its suppliers are going to see their revenues explode.

The incredible opportunities in tech – and the societal change it is fostering is why I read everything I can get detailing the advancements in nanotechnology, biotech, telecommunications and artificial intelligence, all driven by the explosion in information technology.

And some of the stock moves are incredible in tech related companies. Three years ago in Keystone’s World Outlook portfolio, Ryan Irvin recommended Enghouse Systems at the $8.00 level. The company’s software services a variety of segments in a number of industries including traditional call centres and online help desks. Today it trades just above $41 – a 414% capital gain not including a good dividend.

There’s also real action in small tech companies like Canadian based Firan Technology Group, which supplies aerospace and defense electronic products, specializing in quick turn around production runs for some large corporate clients. The stock was up 120% between Jan 1, 2014 and the first week of December.

Big names like Go Pro are still up over 170% from their IPO while Truecar is up about 160%.

And as I mentioned above with the high flying 3D stocks – there are definitely some companies that have become over hyped and over priced. King Digital, maker of Candy Crush is off about 40% since it first traded in March.

Choosing the right tech is essential

There are literally hundreds of examples of innovative companies changing our future and making major moves in the market but that’s the point. The next 10 years will witness more technological change than the last 100 years combined. Investors are going to have a huge array of opportunities. Forgive the cliché but this is where the action is if you’re looking for growth.

This year we are going to feature a specific program for all things tech – called InvesTech. In a nutshell, this will be fun. Not only are we going to demonstrate some of the latest tech gadgets, I will be joined by three well known industry experts to share their expertise. Eamonn Percy, President of The Percy Group joins Brent Holliday, CEO of Garibaldi Capital Advisors and Patrick Cox, John Mauldin’s top tech analyst to talk about the most important investment opportunities.

As I said, whatever I write won’t do justice to the importance of the tech revolution but luckily these experts will go a long way to rectify that. Better still, you get a chance to meet both Brent, Eamonn and other tech experts and ask them your personal investment questions.

I am unequivocal in stating that each one of us needs to get familiar with the tech revolution. The World Outlook Financial Conference is your chance to not only hear renowned analysts like Martin Armstrong, Lance Roberts (just confirmed), Don Coxe, Greg Weldon and to see Ryan Irvine’s World Outlook Small Cap Portfolio 2015. It’s also an opportunity to get familiar with the most important investment opportunities of the next generation.

To book Your Ticket: go to http://moneytalks.net/events/world-outlook-financial-conference.html