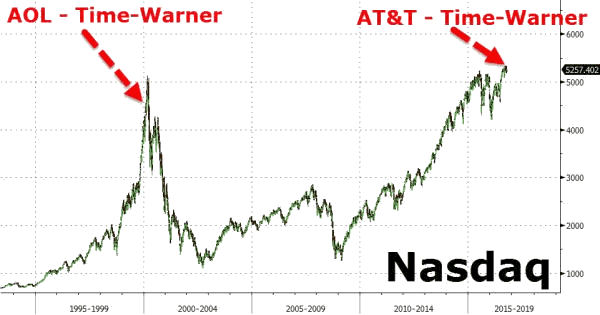 Cyclical turning points tend to feature large numbers of people doing and saying what in retrospect turn out to be amazingly dumb things. Think GM highlighting its line of Hummers just before an oil price spike bankrupts the company. Or half the world betting that tech stocks with infinite P/E ratios would keep rising in 2000. Or pretty much everything that was said and done in the housing market in 2006.

Today’s financial bubble is vastly bigger and more wide-spread than any of its predecessors, so the stupidity is correspondingly global and varied. Some examples:

Rival Ford Motor, due to release third-quarter results Thursday, warned in July that a slowing U.S. auto market would put its full-year profit forecast at risk.

The contrast between the GM and Ford outlooks in part reflects different bets on oil prices in the past. Ford during the past decade spent heavily to boost the efficiency of its top-selling F-series pickup truck by engineering a light, aluminum body, cut back production of large sport utilities and focused on small- and medium-sized cars.

Ford executives have told analysts that with gasoline prices relatively low, it is harder to recover the costs of fuel-saving technology from consumers.

GM stuck with the large SUV market, and now controls more than 70 percent of that market in North America. Models such as the Cadillac Escalade start at more than $70,000.

GM’s results and its outlook depend primarily on strong U.S. and Chinese economies. The company said it lost money in Europe, South America and in Asian markets outside of China.

That’s right, GM is once again on the wrong side of history, and not just because 12-mile-per-gallon SUVs are vulnerable to the next (inevitable) oil shock. Such vehicles’ high sticker prices also make them a luxury purchase for most families, and luxuries will be the first things to go in a downturn.

Meanwhile, relying on the US and China for growth is classic rear-view-mirror thinking. The US is at the tail end of a car loan binge that saw pretty much everyone who walked into a dealership drive out with a 7-year car mortgage. So new buyers will be scarce in coming years. And China, as pretty much everyone (besides apparently GM execs) knows by now, is buying its current growth with a tsunami of new debt that will, as excessive debt tends to do, produce a slowdown if not a crisis in the near future. A safe bet: GM will report losses in 2018 and beyond that more than wipe out the past year’s record profits.

In 1999 America Online bought Time Warner in a deal that marked the end of the tech bubble. Now AT&T has the same idea. Here’s a great chart from Zero Hedge illustrating the rather terrifying symmetry: Gigantic mergers are of course a traditional sign of a market top. Before Time Warner there was the RJR Nabisco LBO in 1989 that helped burst the junk bond bubble. See Corporate kleptocracy at RJR Nabisco. And so it has gone back to the dawn of financial capitalism.

Why is this so? Because towards the end of cycles corporate CEOs and their bankers are flush with cash and borrowing power but short on internal growth ideas. New factories are boring and also risky, since so many of them have already been built recently. But buying out a big competitor instantly expands your empire while generating tons of fees that can be milked in various ways. So the deals get bigger and more extravagant — until someone notices that Time Warner is available. Then the system resets.

About 16.5 billion euros of orders were placed for the bond – 5-1/2 times the expected sale amount, despite concerns over Italy’s banks and an upcoming referendum that could unseat its prime minister.

Many of the fund managers who lend to Italy – and those who have already bought 50-year bonds from France, Belgium and Spain this year – may not live to see it paid back. Those who signed up to Ireland’s 100-year bond in March almost certainly won’t.

Where to begin…well, these are euro-denominated bonds and the eurozone is in crisis, with a growing chorus of former fans now predicting dissolution. What happens to a 100-year bond when the currency in which it’s denominated ceases to exist? Interesting question! And one that will be answered long before these bonds mature.

In normal times, arguing for massive government deficits or exotica like helicopter money and guaranteed incomes is generally done behind closed doors in order to find a way to hide the true nature of the proposal. But in late-stage bubbles so many “innovative” ideas are being put into practice that pretty much everyone’s wish list finds high-profile backers. The following is excerpted from an article by Paul McCulley, a mainstream bond fund manager and, as he is now freely admits, a full-on financial Keynesian. Which of course means he loves government spending of all kinds in every situation:

The deficit is too small, not too big

(The Hill) – First things first: I am (early, via mail) voting for Democratic nominee Hillary Clinton.

Thus, while Clinton gets my vote, her insistence at the final debate that her proposed fiscal program will not “add a penny” to the national debt is fouling my wonk serenity this morning.

Every penny of new expenditure, she says, will be “paid for” with a new penny of tax revenue.

Thus, in simple Keynesian terms, there is some solace in her deficit-neutral fiscal package: It would be net stimulative to the economy, because it would — in technical terms — drive down the private sector’s savings rate.

In less technical terms, it would take money from people who don’t live paycheck to paycheck, who would still spend the same, but just have less left over to save.

And I have no problem with that.

McCulley goes on to explain that the problem with current policy is that the past decade’s trillion-dollar federal deficits were too small because government spending is “investment” while private savings is apparently not. And you can never have too much “investment.”

Again, it’s hard to know where to start. How about with the assertion that private savings doesn’t contribute to growth and progress, when history implies that it’s the only source of productive investment. If government spending produced sustainable growth then the dozens of experiments with massive deficits in pursuit of growth/equity/efficiency would have worked. But they didn’t. Japan’s three decades of record-breaking stimulus produced a flat-lining economy where deflation is now the norm. China’s epic post-2008 infrastructure program quintupled the national debt without making the economy five times as large – thus setting the stage for what looks like an epic and imminent credit crisis. Europe’s experiments with state takeovers of major industries failed across the board.

Anyhow, suffice it to say that in late-stage bubbles lots of ideas that have been previously discredited (or were never seriously considered) seem new again to people who either don’t have a sense of history or do have political agendas dressed up as science. And the result, so far at least, has been the same every time: Debts implode, stocks plunge, economies contract, financial assets fall out of favor and real things start attracting capital. And the people who caused the mess go quiet for a while.