Strategy for a long bond top 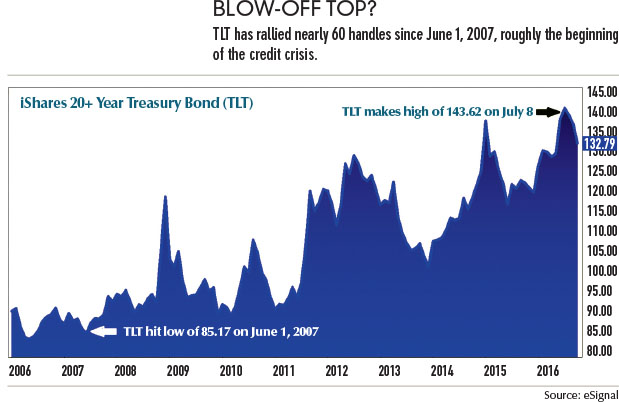 In 2008, the U.S. economy hit its roughest patch since the Great Depression nearly eighty years earlier. Only the inflationary spiral of the late 1970s followed by the sharp recession of the early 1980s can compete with it. In reaction to that inflation, the Federal Reserve, led by then newly appointed chairman Paul Volcker, raised the Fed Funds rate as high as 20% in March of 1980 and January of 1981. The Fed Funds Rate is the rate that depository institutions lend out to other depository institutions overnight, with funds that are maintained at the Fed. The higher the rate charged by the Fed the more painful it is to borrow. During inflationary times, when the rate is raised money turns over more slowly and inflation then cools off, or so goes the plan.

….related: Look what’s happening to Treasuries: Most Oversold in 43 Years