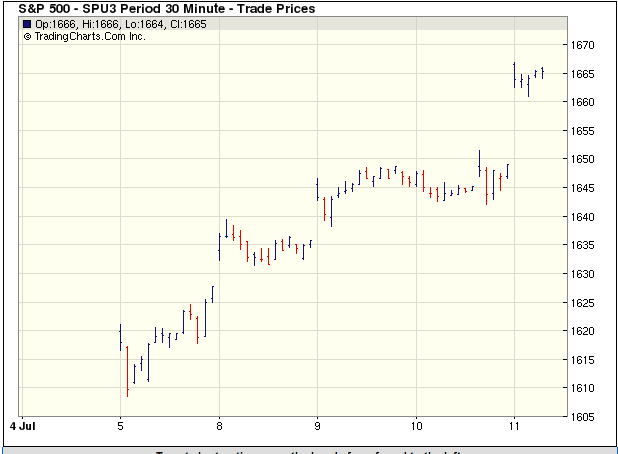 The stock market is rising to record highs after Federal Reserve Chairman Ben Bernanke said the central bank would continue to support the U.S. economy.

The Dow Jones industrial average was up 141 points, or 0.9 per cent, to 15,432 shortly before noon Eastern Daylight Time Thursday.

The early advance put the Dow and S&P above their previous record closes set in May.

All 10 industry groups in the S&P 500 rose, led by materials companies.

Investors also bought bonds after being reassured that the Fed was not in a hurry to pull back on its huge bond-buying program.

The yield on the benchmark 10-year Treasury note fell to 2.60 per cent from 2.63 per cent late Wednesday.