Posted by Dash of Insight 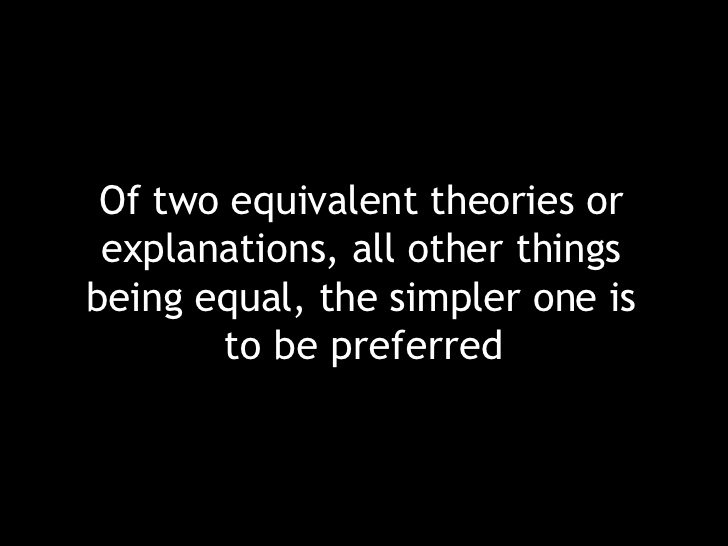 The use of this principle is valuable, but not completely determinative in science.  It often has an important application in investing.

Method one has been wrong for many years.  In fact, it has been mostly incorrect for decades.  Method two has been on the right side of market moves, but still shows significant deviations.  What can we learn from Occam’s Razor?

Since this method has been mostly wrong, many explanations have been offered.  I think I left a few out, but you get the drift.

Since this method has been mostly right, little explanation is needed.  The expected increase in market prices and multiples is consistent with the theory.  It should continue for another 8-10% and further if forward earnings increase.

Should investors accept the complex and ever-changing explanations for method one?  Or perhaps should they consider that the method itself is flawed?

….also from Dash of Insight:

Weighing the Week Ahead: Time to Rebuild the Wall of Worry?