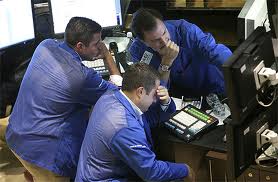 “Despite New Year bullishness from our early January indicators and our expectation for full-month January Barometer gains that will support our modestly bullish 2017 Forecast, a mid-January break in equities is looking increasingly likely. Since 1996 this January break has been more pronounced and more consistent. This trade, last featured in the Commodity Trader’s Almanac 2013, is beginning to set up nicely right now.

The stock market has demonstrated a tendency to retreat after the first of the New Year, especially when there has been a strong fourth quarter gain. Once the New Year begins we often see a profit taking correction. Investors tend to sell stocks to lock in profits in order to defer taxes from capital gains after the New Year begins. Even though the best time to be long the overall equity markets lasts from October through late April, this January break can certainly give short-term, nimble traders a nice return. With stocks struggling to move higher this week this trade is setting up a little later this year.

Also consider that since the New York Stock Exchange began observing the Martin Luther King, Jr. holiday on the third Monday in January in 1998 that the stock market has exhibited strength in the days before the market is closed on that third Monday and weakness after. This also coincides with the pattern of weakness during January’s expiration week. S&P 500 has been down 13 of the last 18 years during the week, while suffering some heavy losses on expiration Friday in 10 of the last 18 years.”