Stanley Druckenmiller: The investing legend tells us whether we are in another tech bubble, the appeal of Bitcoin, what makes a great investor and more 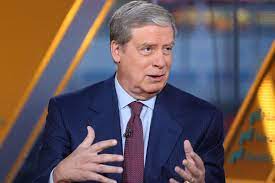 Stanley Druckenmiller is widely considered one of the greatest investors ever.

Born in Pittsburgh in 1953, he studied English at Bowdoin College before starting work towards an Economics PhD at the University of Michigan. In 1977, he dropped out of the PhD program and joined the Pittsburgh National Bank as a retail investment analyst.

After learning the ropes, Druckenmiller founded his own investment firm in 1981 — Duquesne Capital Management. He established such a strong track record that hedge fund legend George Soros recruited him to work at the Quantum Fund, which he did from 1988 to 2000.

As the Quantum Fund’s lead portfolio manager, Druckenmiller helped Soros pull off one of the single greatest trades: In 1992, the pair “Broke the Bank of England” with a bet against the British Pound that netted a $1B pay day.

Following his long partnership with Soros, Druckenmiller built Duquesne Capital to a peak of $12B of assets under management. In 2010, he returned all of his investors’ money and converted Duquesne into a family office.

Druckenmiller no longer wanted to deal with the “stress” of maintaining such an exceptional trading record.

And the record is almost peerless: over more than 4 decades of investing, Druckenmiller has never recorded a down year (his fund even notched a return of +11% in 2008).  During one stretch, he compounded assets at 30%+ a year for 30 straight years. Today, he has a net worth of $5B+.

To find out more, The Hustle recently spoke with the trading legend. The conversation was set up by Toggle AI, an investing AI startup that Druckenmiller counts among his investments.

And a whole lot more. Enjoy.