SP500: The Risk of a New Bearish Cycle is Large 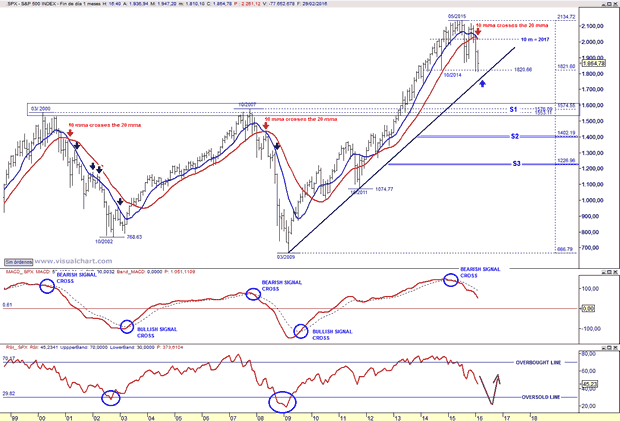 The technical evidence is suggesting that the odds that SP 500 has begun a bearish cycle are large. To keep it simple we have four reasons:

If this is the case the trend line from the March 2009 low eventually will be breached and the MACD will lose the zero line. The bearish cycle should establish a bottom when the RSI crosses/reaches the oversold line

Initially as a guide we have three potential targets: