Sorry, Draghi, it ain’t going to work …”I see a giant trap about to slam shut” 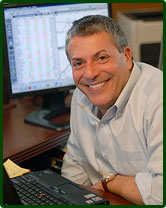 I fail to see the merit in Mario Draghi’s approach to the euro crisis. Buying “unlimited amounts” of bonds from indebted sovereign euro countries and then “sterilizing” the printed money is simply not going to work.

First,  Germany’s Bundesbank, by far the most powerful national central bank in the euro zone, is not squarely behind the deal. That’s not a good sign.

Second, Draghi plans on sterilizing the money printed by his bond-buying. That means the ECB will issue its own debt to mop up the money it’s printed. So there will be no net increase in the monetary base, which is dis-inflationary … at a time when precisely the opposite is needed, a dose of inflation.

Third,  the sterilization will cause even more problems. The only countries that can afford to buy ECB bonds to mop up excess money printing are the rich euro-zone countries, mainly Germany and France.

Think that through. It means the bonds the ECB does buy, from failing sovereign nations, will put money in their coffers … while the bonds the ECB issues will take money out of the coffers of the richer nations.

Do you think Germany and France will like to see their liquidity tightened while their suffering neighbors get all the benefits? I don’t think so!

Fourth, by driving down short-term yields on sovereign bonds in heavily-indebted and busted euro-zone countries, the ECB will effectively shorten those countries’ debt maturities.

With those busted countries falling deeper and deeper into a depression, that will merely serve to make their debt loads worse in the longer run, because debt will have to be rolled over more frequently.

Fifth, the indebted nations of Europe that will get the aid will have to get their fiscal houses in order by complying with strict policies put out by the ECB. If they don’t, then the ECB backs away from buying and supporting their bonds.

Guess what? The ECB-imposed austerity measures will merely serve to make the debt crisis worse. And that’s assuming countries like Spain, Italy, Portugal, etc. will be able to comply with strict austerity measures in the first place.

That’s highly unlikely. Just look at how Greece has gone down the tubes with austerity measures that, in turn, forced it to go hat-in-hand time after time for more bailouts.

Put another way, if Spain, Italy, Greece etc. can’t comply, they lose the ECB backing. And if they do comply, their economies simply crater more.

In short, there is no way Draghi’s plan is going to work. The markets, most of which have rallied sharply on the news, are headed for one of the biggest disappointments I’ve ever seen. The gap between hope and reality has never been wider.

I see more trouble ahead, too. This Wednesday, Germany’s Federal Constitutional Court will decide the legitimacy of the European Stability Mechanism, the funding vehicle for bailout money. There’s a chance it will decide against it, which would put Draghi’s plan in jeopardy.

In addition, our Fed meets this Thursday and the majority of investors and traders are expecting Ben Bernanke to announce another round of money-printing.

They’re going to be sadly disappointed. Bernanke will do no such thing. While he will give the usual rhetoric that the Fed stands ready to print, and perhaps may give a few more clues about it, I strongly believe that the Fed will not initiate any money-printing until after the elections, at the earliest, and more likely, not until early 2013.

Bottom line: I don’t like what I’m seeing in the markets. It’s not just my gut, not just my interpretation of the news or fundamentals either.

Meanwhile, the euro remains below monthly resistance at the 1.28 level and the dollar is holding monthly support at the 80 level in the nearby Dollar Index futures. Crude oil has failed to get above important resistance at the $100 mark.

I see a giant trap about to slam shut. A lot of investors are going to get hurt. Don’t be one of them.

P.S. From ECB meetings to the upcoming Fed meeting to the never-ending saga of European sovereign-debt problems, September is filled with uncertainty. But it’s also filled to the brim with opportunity. And in my Real Wealth Report, I help you seize the profit potential from the opportunities these events create. Activate your risk-free trial subscription by simply clicking here now!