Soros: The BOJ “did something so dramatic … people can’t ignore it!” 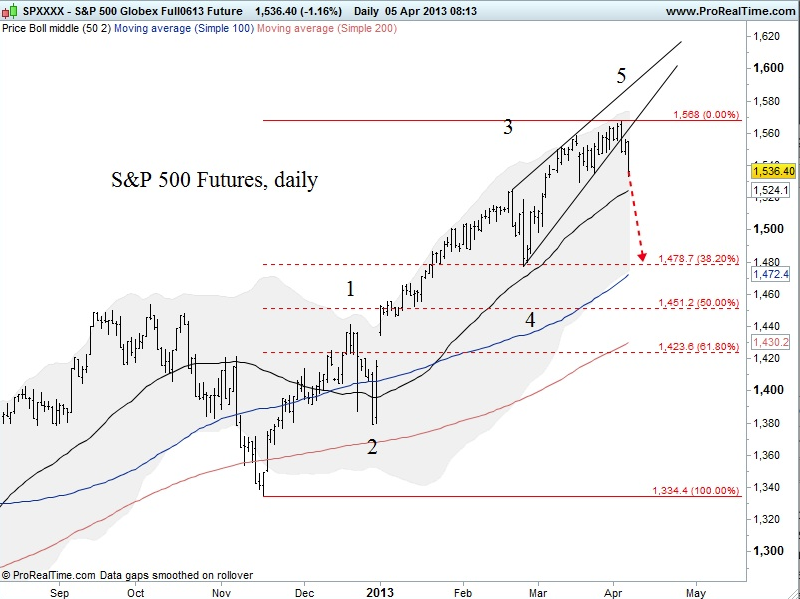 “Once we realize that imperfect understanding is the human condition, there is no shame in being wrong, only in failing to correct our mistakes. – George Soros

Are we there yet?

Are we at the point where people might ignore the central banks?

George Soros made a valid point to a CNBC interviewer recently. He noted the Bank of Japan made a dramatic move with monetary policy stimulus so that it wouldn’t be overlooked.

I think that idea was obvious. But Soros lends a lot of credibility to an idea based on his investment track record.

But he also may signal something more.

Being longer in his years, and evermore notorious as a left-wing political beacon, it seems Mr. Soros strains to toe the line laid down during media training.

In other words: he wants to say what’s on his mind but must choose his words carefully.

What I believe Soros would say if he were not in front of a camera is this:

“The influence of central bank stimulus policy is at risk of wearing off. While some may admit central banks did help to boost sentiment and loosen up credit markets, the measly pace of stop-and-go recovery is threatening to reveal that the effectiveness of central bankers’ tools is limited. The real risk now is that people aren’t encouraged to play along and money truly never makes it into the real economy as promised.”

Ok, that’s enough of pretending to be George Soros for one day.

The ongoing deliberations among Eurozone leaders and Troika officials tell us that austerity isn’t so popular and neither is dumping bailout liability onto taxpayers. Achieving the proposed resolution of a banking union will be difficult and should keep the European Central Bank very-much hogtied.

The measures undertaken by the Bank of Japan this week to target the monetary base have been tried before, to a degree. The measures didn’t work then.  Now it seems the Japanese government is desperate and hopes the measures will succeed this time. Their overly-confident rhetoric also reeks of desperation.

The Federal Reserve is fully committed, but they can only do so much while they hold their breath and hope the unemployment situation improves sufficiently. They’ve got to be thinking the deflationary forces must be strong for their policies to have not turned up any inflation worth speaking of.

Earlier this morning the March US Nonfarm Payrolls were reported. It was a disappointment.

Instead of adding anywhere near the anticipated 200,000 new jobs, the economy only added 88,000. There were, however, upward revisions to January and February numbers.

The market is acting poorly, as one might have predicted.

I went into it thinking today’s report represented a bigger downside risk for markets than it has in a long time.

Because market mood has deteriorated this week. And markets seemed very vulnerable to a potential disappointing jobs number. Though we’ve seen widely-accepted “improvement” in the labor market, even the hiccups have been met with optimism; we’ve come to assume even a bad number is good because it means the Fed will keep on keeping on.

While no one expects the Fed to be planning its exit, the “Fed to the rescue” mentality may be overdone insofar as it influences short-term reaction to data and reports.

The expectations for US economic outperformance, relative to its peers, seems to have been the only crutch keeping the US market from giving way to Cyprus uncertainty and underwhelming price action in other asset classes.

So it’s not hard to see why today’s jobs number is pressuring US stocks (and even the US dollar at the same time.)

Besides, the market is certainly ripe for a correction and the technicals looked poised to drive the market lower (regardless of the jobs number). Below is a daily chart of the S&P 500 futures showing a fifth-wave extension/rising wedge set-up that suggests a significant reversal; first level of Fibonacci support comes in at 1,478: It very much looks like the much-anticipated correction has begun.

I think that’s the way we have to play it right now, remaining open to more downside than generally expected.

But going forward, I suppose the question is this:

Do central banks have anything left in the toolbox the people can’t ignore?

I certainly don’t want to underestimate the potential central banks will concoct some sort of new and unprecedented strategy. Like I said of the BOJ above – I think policymakers (and politicians) have become desperate.

Of course, if the influence of central banks has truly run its course, then the market may have the opportunity to take over.

It’s just a correction for now. Play it. And reevaluate later.