Six predictions for the Canadian economy 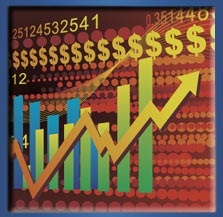 Consumers are paying down debt rather than spending, businesses leaders remain nervous and governments across Canada are unlikely to invest in further economic stimulus unless something major threatens our recovery. TD Economics’ latest quarterly outlook for the Canadian economy is a mixed bag at best. Next year will be better, we mean it this time.

The report makes a number of predictions about Canada and global factors that could impact our economy:

A couple of other interesting calls: the U.S. recovery will strengthen next year; we’ll see more positive growth in the eurozone and emerging markets; and crude oil will hit US$102 per barrel.

Keep up to date on what’s happening in the capital markets and the real economy. Subscribe to receive Today’s economy blog automatically by RSS or email.