Silver Prices and the Flow of Physical 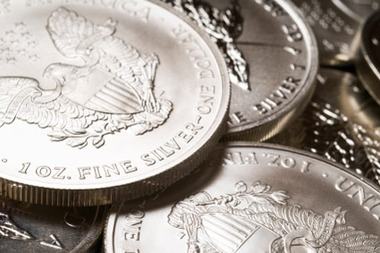 The ultimate lynch pin for the silver market is the flow of physical metal to support ongoing price suppression. The flow of physical metal is mostly an illusion nearly equal to (and in some ways parallel with) the perceived strength of the paper currencies used to measure its value. Actual or threat of default in physical silver delivery to the COMEX could very likely lead to default across the asset spectrum.

The Center of Price Discovery

The CME owned COMEX remains the largest and most important exchange for world price discovery in the world. The major players on the COMEX, the most important futures market and the basis for world silver prices, are perfectly happy to exchange paper rather than physical.

The fact that the largest players are neither producers nor users of the metal is all one really needs to understand about the integrity of the exchange. The advent of algo driven high frequency trading, and the complete capture of regulators has made the physical delivery and warehousing a secondary concern among the dominate traders.

Often we see ratios between the amount of physical stock and paper traded blow out to more than sixty times without creating a panic.

The ratio of open interest to available stock has often stretched beyond comprehension. However, it is the simple fact of large concentrated positions (not subject to limits-hedged or no) which have enabled the ultimate), which have enabled the ultimate, disconnect in pricing reality. While the LBMA is a much less transparent exchange, the same could be assumed without stretching the imagination.  Paper trading is profitable.

While the thought of default on these giant exchanges seems remote given their size and influence, it is possible for delivery delays to develop without major disruption. Significant enough delays could move price discovery toward the physical market, which would have at least two major effects.

First off, premiums for physical metal would likely move significantly higher – leading to real backwardation. More importantly, price discovery could migrate toward exchanges that deal primarily in physical – not paper dominated. This would likely move in an eastward direction toward Asia.

Buyers at the Margin

If physical price discovery were to suddenly or even gradually manifest, demand could explode.

It almost goes without saying that just-in-time delivery practices for some of the most important industrial uses of silver are a constant albatross for the paper delivery game. One or two user stock piling panics could send the white metal well beyond its inflation adjusted average highs.

In addition, the pool of retirement assets and liquid cash held by individual investors and fueled by the speed of information could result in an ocean of demand. Such demand would also propel fiat prices beyond anything resembling imaginable. The silver story is always compelling, but potentially very dramatic as new demand awakens.

While the masters of sentiment have governed the last remaining supply of readily available silver, failure is just one “accident away”. We’ve already experienced unprecedented counterintuitive price and demand relationships in the physical market. Prepare accordingly while you still can.

The unintended consequence of allowing suppression in the name of industry or to protect fiat currencies has led to a world record surge in physical off-take demand like..

Jeffrey Lewis has been an advocate for silver purchasing for the past six years. He writes regularly about it at silver-coin-investor.com