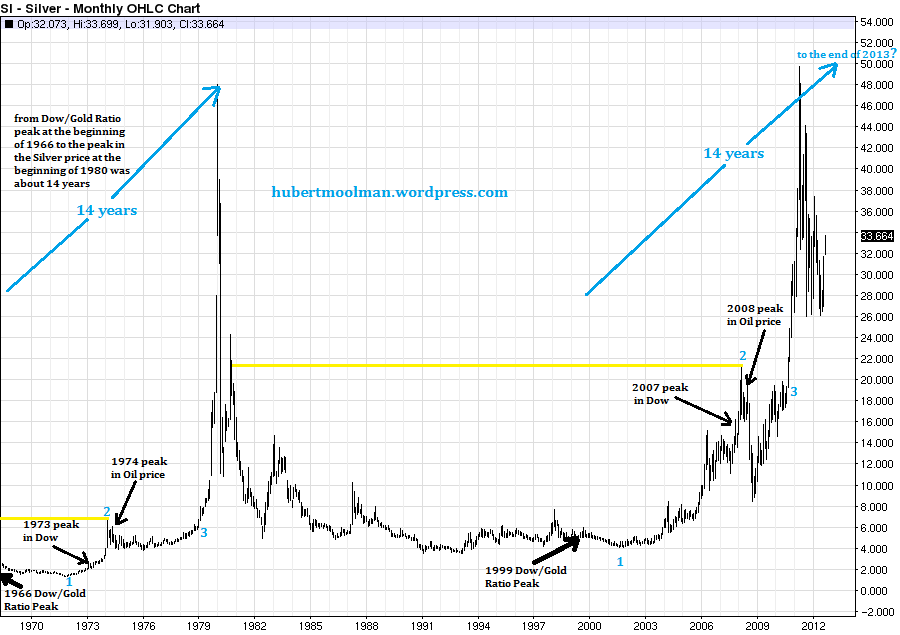 A reader asked me to update a previous long-term silver chart of mine. Below, is the updated long- term chart for silver: Since the last chart, silver has broken out of the pennant formation (on the short-term chart), and is looking really good.

On the chart, I have highlighted two fractals (or patterns), marked 1 to 3, which appear similar. What makes these two fractals so special, is the similarity of the circumstances in which they exist.

Thanks to this similarity in events, as well as the similarity in sequence, I was able to identify the great possibility for significantly higher silver prices, back in October of 2010. This was a very clear signal that higher silver prices were coming, and that is exactly what we got, when silver moved to $49. However, this run is not over yet. The move from $17, when silver broke out of thetriangle (at point 3 of the second fractal) to $49 was just the first part of the move. In my opinion the biggest and best part of this move is still ahead. In my long-term fractal analysis report on silver, I have presented a lot of technical and fundamental evidence to support my opinion for higher silver prices over the coming years.