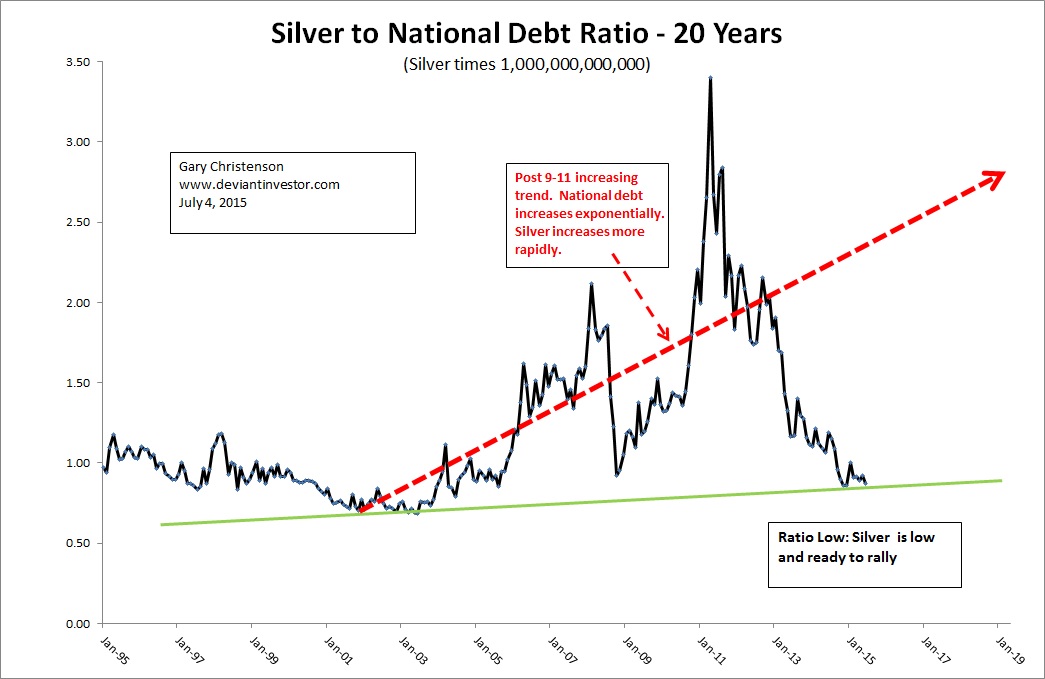 Examine the next two graphs: It also shows that silver prices exponentially increased to higher highs from 2001 to 2011 and corrected thereafter.

But national debt has increased exponentially since 1971 about 9% per year and about 10% per year since October 2008.  Silver prices have erratically increased from $1.39 in 1971 to nearly $50 in April 2011 and have fallen to about $16.00 today.  The increase in national debt parallels price increases in crude oil, postage, food, cigarettes, many consumer goods, and silver.

Since the US government can only pay for entitlements and a few other government functions with current revenues, the interest on the national debt plus excess expenditures must be borrowed every year.  Expect borrow and spend politicians to increase debt until they can’t.

That increased debt will drive silver prices higher, along with most other consumer prices.

But the day will come when silver prices can be constrained no longer, or the silver shorts cannot deliver their promised silver, or a major bank will force the silver market far higher.  When that day comes, the silver market, like the national debt, will exponentially increase again.