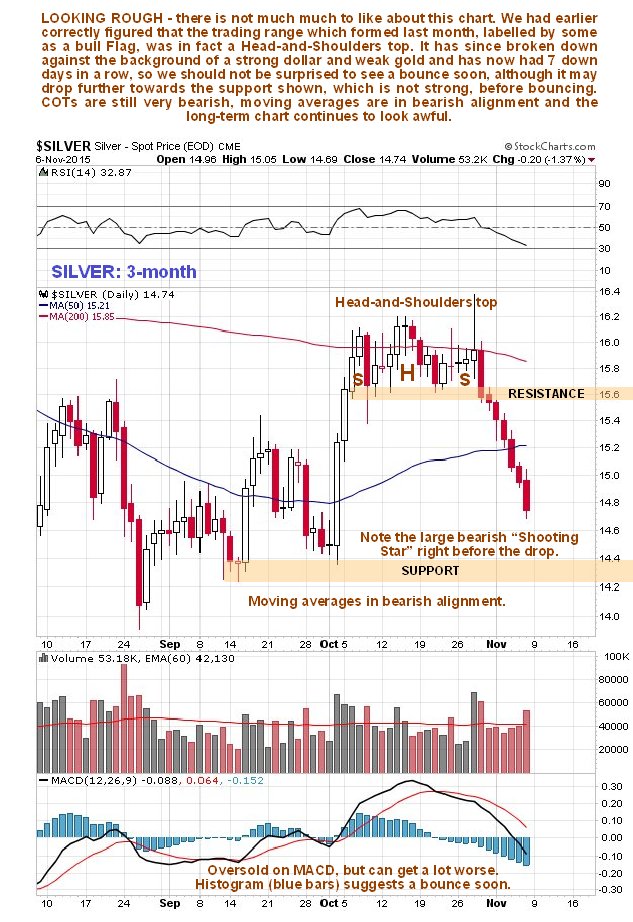 The last update posted on 18th October called a top in silver, and that is what it turned out to be. On its 3-month chart we can see that silver broke down from a small Head-and-Shoulders top at the end of October and then went into a steady day after day decline with the result that it has dropped now for 7 trading days in a row. While it could drop further towards or to the support shown, it is getting short-term oversold and is increasingly likely to bounce soon. As with gold this weakness was triggered by dollar strength, with the dollar rising sharply on Friday in response to a stronger than expected jobs report which the market thinks makes an interest rate rise more likely.