Posted by Deviant Investor via SilverSeek.com 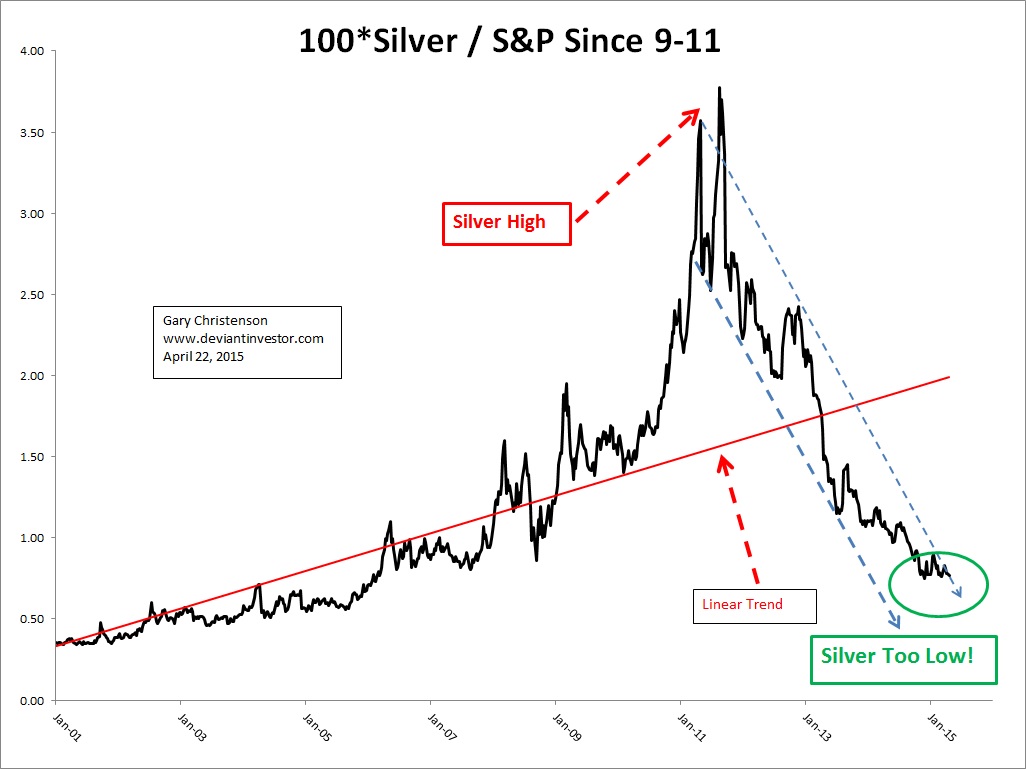 Silver reached a 30 year high in April of 2011.  Since then it has fallen nearly 70%.  In any correction or bear market – call it what you want – we hear calls for lower prices as the market falls.  Similarly, as a market rallies we hear supposedly well-reasoned arguments why prices should rise even higher. Based on the 30 year ratios to the S&P 500 index, gold, and crude oil, silver is currently inexpensive.  The High-Frequency-Traders can push prices lower or higher quite easily so this analysis says little about what silver prices will do next week or next month, but it clearly says that in the long-term silver prices are low and likely to rise significantly in the next few years.

If you are stacking silver (or gold) then appreciate the long-term trends and the gift of lower prices that has been given to us by the central banks and HF Traders who wish to pretend that all is well in our global financial systems.