Signs of the Times: “Some Outstanding Reversals” 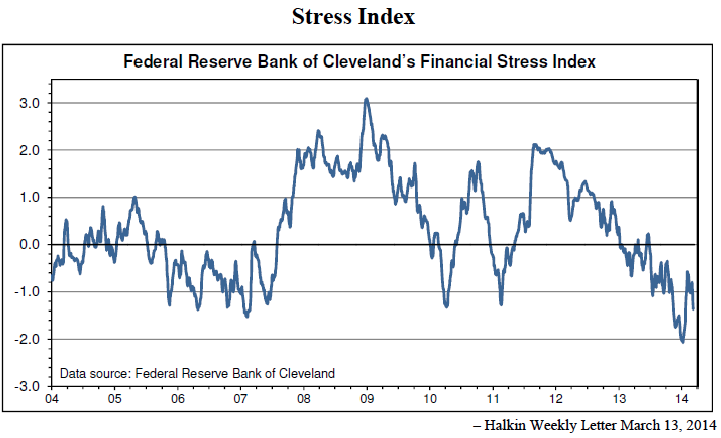 “Credit is Suspicion Asleep”
Signs Of The Times

“Default rates are below historic averages.”

“A surge in interest rates and the worst currency rout since 2008 in developing nations from Russia to Brazil.”

“A Whole New Inflationary Threat Is On The Horizon”

Tuesday clocked some outstanding reversals. Many to the downside, with long treasuries to the upside.

As we have noted, outside reversals may not end a trend but they show impetuous action and a sudden loss of liquidity.

The senior indexes accomplished a higher-high than the day before, a lower-low and a lower close. This included the S&P, DJIA, and the NDX. Banks (BKX), broker-dealers (XBD) and base metal miners (SPTMN) did the big reversal as well.

Last week’s Pivot led off with “Big forces are at play.”

It is too early to determine how significant the stock reversals are, but it included spectacular stuff in some parabolic flyers. Tuesday’s “Silly Season” Chartworks covered FCEL, BLDP and PLUG. These key reversals closed at down 16%, 20% and 33%, respectively. The big TSLA reversed as well.

The price for junk (JNK) clocked the reversal, as the price for the bond future (TLT) reversed to the upside.

Precious metals joined the reversal action, which will be reviewed below.

In recording the most ebullient conditions since 2007 financial markets had become precarious. Step one in the denouement is usually the discovery of volatility.

The hit to lower-grade bond prices is an alert to the end of the greatest bond bubble in history.

Junk soared to 41.36 last week and set a Weekly RSI at 77. This compares to 79 reached on last year’s seasonal thrust into early May.

It is uncertain if the RSI at 77 is the best on what could be a seasonal rally, or if the move has further to go. Strong rallies at this time of year in lower-grade bonds can become precarious at any moment.

The Euro bond market has become a one-way street. Confidence and the need for yield has overwhelmed caution. And then there is the old saying: “Credit is suspicion asleep”.

Using the Spanish Ten-Year Note, technical excesses have been accomplished and reviewed on the following chart.

Yields have jumped in Asia and it is unlikely that the sudden loss of liquidity will be isolated.

Emerging debt spreads (EMB/TLT) has been a good way of following the drama.

Representing narrowing spreads the ratio rose to 1.05 at the end of December and was the first to take out key technical support. The rebound out of the oversold made it to above the 200-Day ma last week. It has drifted below this marker and is vulnerable to an extended move. Today, it fell through the 200-day line. Now it’s at 1.00.

Other spreads followed on what was likely a cyclical reversal in credit spreads.

Ambrose Evans-Pritchard at The Telegraph has a clear view.

“It is extremely hard to calibrate a soft landing, and the sheer scale of China’s credit boom now makes it a global headache. China accounts for half of the $30 trillion raised in world debt over the past five years.”

The main conditioner on commodities has been the exceptional lows set in November-December. And as noted, the sector was so dismal that a “Rotation” was possible.

The action has been outstanding and technical measures were reviewed last week.

Sentiment measures on the CRB soared to 56%, which is the highest since the 2011 peak. That high was 474, the recent is 308. Coffee, with sentiment at 78%, became the most popular on record.

Momentum seems to have peaked and within this coffee won the championship with a Daily RSI of 88. Agriculturals (GKX) accomplished 83 and the CRB recorded 86. These high momentum readings are only found at important highs.

Last week, the action seemed “straight up” and we concluded that on such a speculative spike it was difficult to call the top day.

Quite likely, the best is in for momentum, sentiment and for the “Rotation”. That’s on the hot commodities.

Crude oil was not as dynamic. Our overview included “Peak Oil” of February 19th. This concluded that the rally into March would set a cyclical peak and the subsequent decline would resume the secular bear. The high was 105 at the first of the month.

The Daily RSI reached 73 in February which was the level that ended the rally last July.

Base metals (GYX) jumped from 331 in early December to 362 in January and that was that. Although Chinese buying was called “investment” it was speculation, which we covered. The decline has been brutal. GYX is down to 324, which was the low last summer.

However, under forced selling copper has become oversold enough to prompt a brief rebound. If it can’t get through 3.15 the bear will likely continue.

In US dollars gold has broken out. This is based upon the January 21st ChartWorks that noted that 1306 was key resistance. Another resistance level was at 1361 and it has been taken out as well. Today’s price has been up to 1375.

The equivalent levels for silver have been the 25 and 29 levels, and at a best of 22 silver is not working.

Will it catch up?

Earlier in the year we noted that for a bull market in precious metals silver had to outperform gold. From February 1st to the 18th it did as the silver/gold ratio increased from .153 to .167. Precious metals rallied with the strong commodities.

So let’s look at the gold/silver ratio and it typically declines with a boom and rises with the bust.

In the great inflation in tangible assets to 1980 the ratio declined to 16. The Hunt Brothers “bet the ranch” that it would go lower. They must have been doing supply/demand research.

The consequent banking crisis did not fully clear until Citi and Chase had to be bailed out at the end of 1990. As with previous periods of credit distress the gold/silver ratio went up. It reached 104.

The decline to 30 in 2011 showed the greatest speculation in precious metals since 1980. This excess seems independent of the credit cycle because the financial boom kept going.

Since then the gold/silver ratio has been correcting the unique excess and not connecting to the credit markets. It could be returning to its traditional role of signaling trouble. We will soon see.

Credit spreads took a turn to widening today and that slammed the general stock markets. With this the gold/silver ratio has turned up.

Considering the excesses in stocks and lower-grade bonds, we are assuming that the ratio is returning to its traditional role as a leading indicator.

At 64.5 now, rising through resistance at 66 would be an alert. Rising through 69 would suggest a rapidly spreading liquidity crisis.

Last week we advised that nimble traders could begin to take some money off the table. If the gold/silver ratio breaks above 65 take some more off.

Our bellwether stock is Silver Standard (SSRI) and it has rallied from 5.18 in October to 11.35 today. With this, the Daily RSI has enjoyed an impressive swing from 28 to 74.

The precious metals sector is getting overdone.