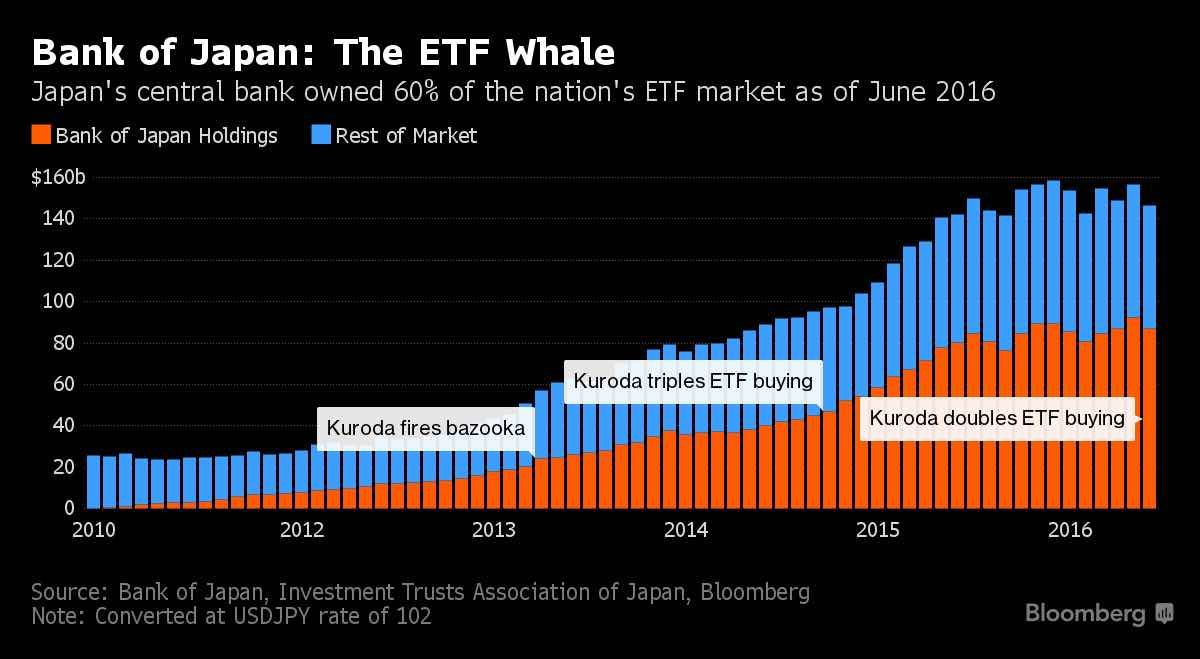 The BOJ has gone berserk buying stocks and EFT’s in an attempt to revitalize Japan’s economy. The Bank of Japan is on course to become the #1 shareholder by the end of the year, and the numbers of firms it is a majority shareholder in is……shocking!