Shocking Stat: No-One Can Blame Business For This Swindle 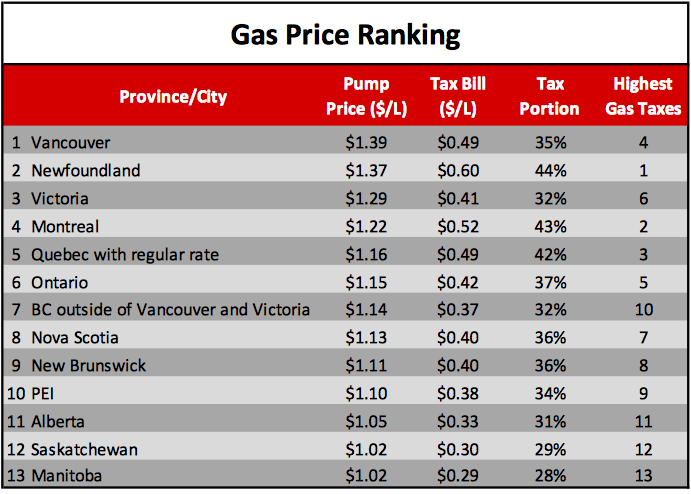 Both provincial and federal taxes on gasoline make-up about 36% of the at the pump cost. One of my favorite add-ons is paying GST on top of the other gasoline taxes. According to an illuminating new study by the Canadian Taxpayer Federation, the federal and provincial tax-on gas tax adds an extra 3 cents per litre on average. All told governments take in an extra $1.4 billion in revenue thanks to paying GST on the taxes.

Okay, maybe that’s not my favourite – as the Taxpayer’s Federation reminds us we still pay the temporary 15 cent per litre deficit reduction levy that was implemented in 1995. Temporary my ass, so far that little beauty has brought in $13.3 billion since inception. This year alone it will bring in $638 million.

If you are wondering how much you pay in gas taxes check out the table below compiled by the Canadian Taxpayers Federation: