Schiff: We’re Heading For A Crisis….. 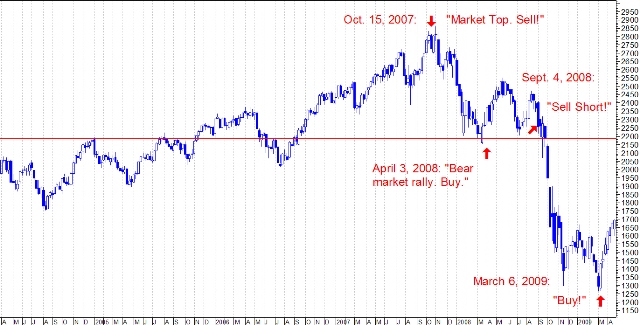 Schiff: We’re Heading For A Crisis Worse Than 2007

Washington is engaged in a massive “campaign” to make Americans believe the economy is in recovery.  But in reality the United States is at the brink of a devastating economic crash that will cause catastrophic market losses and impoverish millions.

Peter, the best-selling author and CEO of Euro Pacific Capital delivered this frightening warning to investors in a recent interview on CCTV.

“The problem with politicians is they don’t want to level with the voters and tell them how bad the economy really is and what the cure for the disease is,” Schiff said.

The “disease” Schiff refers to is a toxic combination of our massive $16.4 trillion debt and the Fed’s continued devaluing of the dollar through its controversial 7-year long “easing” program.

The Fed is currently purchasing $85 billion a month in Treasury and mortgage bonds, a form of stimulus.

But Schiff says “it’s another lie.”

In fact, according to Schiff, the government has done nothing more than create a “phony” economy that is “completely dependent on the ability to borrow more money that we can’t pay back.”

“The Fed knows that the U.S. economy is not recovering,” Schiff said. “It simply is being kept from collapse by artificially low interest rates and quantitative easing. As that support goes, the economy will implode.”

“The crisis is imminent,” Schiff said. “I don’t think Obama is going to finish his second term without the bottom dropping out. And stock market investors are oblivious to the problems.”

Schiff charged Washington with cooking the books on its latest GDP and inflation figures.

He cites the government’s recent move to raise GDP 3% by including items never calculated before and that “no other country on the planet counts.” These include such intangibles costs and royalties from books, magazines iTunes song and movies.

The Financial Times reported this strange maneuver as the “U.S. Economy’s “Hollywood Makeover.”

“That’s what the government does,” Schiff said. “Whenever they don’t like the results, they change the methodology for calculating those results.”

“Maybe some of our creditors will be dumb enough to believe the hype,” Schiff added.

“The fact is, Schiff said.  “We’re broke. We owe trillions. Look at our budget deficit; look at the debt to GDP ratio, the unfunded liabilities. If we were in the Eurozone, they would kick us out.”

Schiff points out recent market gains, with the Dow topping 14,000 on its way to setting record highs, is yet another lie giving investors a false sense of security.

“It’s not that the stock market is gaining value… it’s that our money is losing value. And so if you have a debased currency… a devalued currency, the price of everything goes up. Stocks are no exception,” he said.

“I think we are heading for a worse economic crisis than we had in 2007,” Schiff said. “You’re going to have a collapse in the dollar…a huge spike in interest rates… and our whole economy, which is built on the foundation of cheap money, is going to topple when you pull the rug out from under it.”

A noted economist, Schiff has been a fierce critic of the Fed and its policies for years. And his warnings have proven to be prophetic.

In August 2006, when the Dow was hitting new highs nearly every day, Schiff said in an interview: “The United States is like the Titanic, and I’m here with the lifeboat trying to get people to leave the ship… I see a real financial crisis coming for the United States.”

Just over a year later, the meltdown that became the Great Recession began, just as Schiff predicted.

His recent warnings, however, have been even more alarming. Will they also prove to be true?

In his most recent book, “The Real Crash” How to Save Yourself and Your Country“, Schiff writes that

when the “real crash” comes,” it will be worse than the Great Depression.

Unemployment will skyrocket, credit will dry up, and worse, the dollar will collapse completely, “wiping out all savings and sending consumer prices into the stratosphere.”

Schiff estimates this “cancer” could consume a trillion dollars from consumers this year.

According to polls, the average American is indeed sensing danger. A recent survey found that 61% of Americans believe a catastrophe is looming – yet only 15% feel prepared for such a deeply troubling event.

Editor’s Note: As a service to Money Morning readers, we’ve arranged a way for you to get a copy of Peter Schiff’s new best-selling book, The Real Crash: How To Save Yourself And Your Country, for free, including shipping. The book shows in plain language exactly what economic dangers ordinary Americans face right now and how you can protect yourself. Please go here for your free copy.

Is Devastation The Ultimate Cure?

Despite its bleak outlook, Schiff’s book has become a real wake-up call for millions of readers.

While Schiff’s predictions can be grim, he also offers step-by-step solutions that average Americans can follow to protect their wealth, investments and savings.

According to Schiff, “the crash and what follows” can be beneficial. But only for those who understand beforehand what is happening and have time to prepare for the devastation.

“All we can do now is prepare for the crash,” Schiff said. “If we brace ourselves properly and control the impact, we will survive it.”

Editor’s Note: This sovereign currency and debt crisis is just a small part of the disease that’s attacking America from within. When interest rates rise – and they will rise soon – it could cost Americans $1 trillion this year. But it doesn’t have to affect you. For a limited time, Money Morning is supplying readers with a free copy of Peter Schiff’s new book “The Real Crash” How to Save Yourself and Your Country. Learn the steps you can take to prepare your wealth, investments and way of life for this looming catastrophe. Go here to secure a copy.