Scarcity AND Dividends… A Once-In-A-Generation Investment 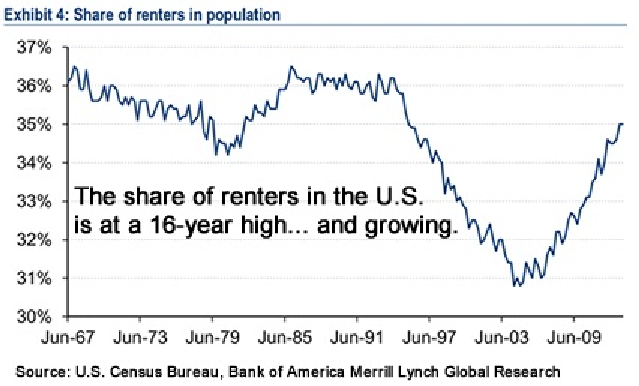 The rarest commodity on the planet…

If you were asked what the scarcest commodity on the planet was, I am sure many of you would say gold or oil.

But it’s neither of these, nor is it platinum or copper or one of the rare earth metals.

And I know many people will say fresh water, and they’d be close…

But no, land is one of the scarcest commodities on Earth, and for one simple reason… nobody will ever make more of it, yet demand for it is growing at a rapid clip.

While most people wouldn’t think of land as a “commodity,” it is, by definition, one of the scarcest commodities in the world.

Think about it this way… The world’s population is growing by about 200,000 people every day. That’s over a million new people a week crowding into a fixed amount of space to live, work and shop — placing upward pressure on housing, office parks and retail strip centers.

We tend to associate ultra-rich business tycoons with hard assets like steel and oil, but more often than not, the world’s billionaires have invested the bulk of their wealth in real estate.

Media mogul Ted Turner, for example, owns more than a dozen sprawling ranches from Oklahoma to Montana. This collection spans 2 million acres (an area more than twice the size of Rhode Island), making him one of the nation’s largest private landowners.

Turner’s explanation is simple: “I never like to buy anything except land. It’s the only thing that lasts.”

Sam Zell (No. 110 on the Forbes 400 list with a net worth of $4 billion) made a fortune by investing in commercial office properties. His current portfolio includes housing in China, shopping malls in Brazil and the Waldorf Astoria hotel in Chicago.

Now, let’s be realistic. Most of us don’t have the bankroll to buy an office tower, an apartment complex or a retail shopping center. But I’ve found a group of investments that might just be the next best thing. And now may be the best time in a generation to buy them.

Millions of people across the country have essentially put the American Dream on hold, becoming renters rather than owning their own homes — a phenomenon I call “Renter Nation.”

Right now, there are nearly 100 million renters in the U.S. — 1 in 3 Americans. And new research estimates that half of all new households this decade will be renters. In fact, Harvard University predicts that as many as 7 million new rental households will form by 2020.

The National Apartment Association and the National Multi Housing Council seem to think the numbers could be much higher. They estimate that 77 million baby boomers may soon consider downsizing… while nearly 80 million 20-somethings will be looking to move out of their parents’ houses and into the rental market as their job prospects improve.

This means almost half of today’s population could turn into renters not too long from now if trends continue. So, how can individual investors to start cashing in on the Renter Nation phenomenon? A great way is to invest in companies that buy up real estate at bargain prices and essentially become a co-landlord with them as they rent those properties out.

In fact, Blackstone is now the largest private real-estate owner in the United States.

In the past few years, the company has poured billions into housing and rental properties. And with housing prices up big in 2013, those bets are looking well-placed and timed.

But the firm has gone beyond that into much larger property ventures to expand on this winning idea. In August, Blackstone announced a $2.7 billion deal to buy 80 apartment complexes from General Electric (NYSE: GE).

Blackstone’s winning plan? Become one of the nation’s largest owners of houses, apartment complexes, malls and commercial real estate… Generate billions in income as it rents out all those properties to hundreds of thousands of reliable tenants… And finally, sell the properties when prices get high enough to bag a huge profit.

The endgame results in investors being rewarded with giant gains and increasing dividends.

Blackstone is currently yielding 3.7% in spite of shares gaining 76% in the past year. But with nearly $900 million in cash on hand, manageable debt and $546 million in annual free cash flow, there’s plenty of room for future dividend growth.

Action to Take –> So what’s the takeaway? Real estate can be a sound, durable investment. Even if you’ve never considered being a landlord, owning companies that invest in property, like Blackstone, can be the next best thing.

Note: I’ve recently put together a special research report,”Living the New American Dream,” which profiles several companies like Blackstone. These companies are taking advantage of the Renter Nation phenomenon to give investors safe yields of 6.2%, 8.2% or higher. To learn more about this report and other income-generating Renter Nation ideas, click here.