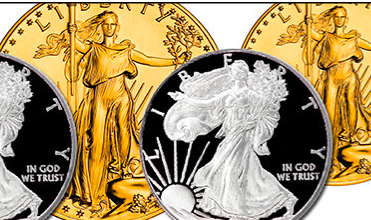 The Six Loads of Ammunition for your 357 revolver are:

#2: Derivatives are used to “manage” markets, exercise control via futures markets over prices for physical and paper assets, increase leverage and enhance profits for the banks. Each derivative includes a commission – it is not a “zero-sum” game. Banks and CEO bonuses win.

#3: Debt, debt, and much more debt. Deficit spending increases debt, and governments run deficits. Interest is paid by individuals, corporations, and governments. Global debt of $200 trillion will require inflation, hyper-inflation or default. How long can government expenditures increase much more rapidly than revenues? Answer: As long as our current “Ponzi” finance can continue. How long can a Ponzi scheme last? Answer: Not forever. A default or hyper-inflation will occur, sooner rather than later. Fiat currencies will devalue.

#4: Near zero interest rates, negative interest rates, and financial repression. If central banks lower the interest paid on bonds and investments, pension plans and savers are penalized. Debtors, including governments, banks, and large corporations benefit. Your government plan and corporate pension plan are increasingly insolvent. Interest earnings are nearly zero. “High yield” checking accounts pay 0.01% interest. Your savings are depleted, and you may outlive your retirement assets. Welcome to the world of NIRP, ZIRP and financial repression that transfers assets and revenue from you to the banks, courtesy of central bank policies.

#5: High Frequency Trading or HFT is legalized skimming. Ultra-fast computers, PhD mathematics and software have replaced human traders. The result is consistent and profitable trading for the big financial institutions. Per zerohedgeJP Morgan’s in-house trading group has been unprofitable on only two days in the past four years. Average trading revenues were $80 million per day for 2016. Someone contributed heavily to the JP Morgan casino winnings.

#6: Too Big To Fail, Too Big To Jail. If central banks and the five largest commercial banks contribute to congressional elections, and Presidents fill their key positions with executives from the financial industries, and regulators work for them, what is the likely result? If a few large commercial banks are too big to fail, the government and taxpayers must … and you know the drill. More debt, more influence, more derivatives, and a successful business model that benefits the wealthy far more than the middle class.

Your revolver is loaded with six rounds of ammunition, any of which can blast a hole in your net worth and financial security. The central bank loads are:

One, two, three … pull the trigger!

Instead of playing a guaranteed to fail game of Russian roulette with your financial security, consider a return to the basics: