Russian Capital Flows & Where to Move Yours 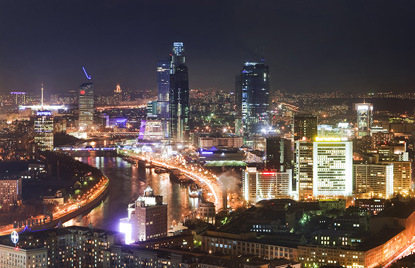 Russia confirms our tracking of capital flows. Adopts our figure of $50 billion for the quarter.

We have been investigating the Russian capital flows in more detail. We see two trends emerging that is reflecting the war tensions. Foreign capital that invested in Russia is pouring out, but at the same time, the Russian Oligarchs are pulling back money in western banks. They do not yet seem to be investing in Russian banks for they fear the ruble. They have been buying the euro and taking cash home rather than dollars. This is giving some lift to the euro. Clearly, capital is confused on both sides of the conflict. Nonetheless, prior to every war, capital flows give advance warning more often than not. It appears those who know, move money appropriately. This time, the Russian Oligarchs are grabbing the euro in cash for that can be obtained in larger denominations than US dollars, plus they have no idea whose currency will survive given it could be cancelled as well or counterfeited as part of the economic war (another reason to cancel the currency and move totally electronic using war as the excuse). The Oligarchs are between a rock and a very hard place. The ruble looks risky, but then the USA is the enemy. Here is a German counterfeit British 5 pound note from World War II. It was very, very good. So beware. War at this time would have the benefit of eliminating currency altogether to prevent counterfeiting, but then again that has been the goal to get every penny of tax. It is also suggested that it will eliminate crime. Keep in mind eliminating currency will also eliminate bank runs. It is a win-win for government and war may be the excuse they need to eliminate all cash and that would help Europe right now who is staring straight in the eye of perhaps the worse banking collapse in history of banking.

The propaganda war still rages. There is all sorts of disinformation hitting the internet under the pretense of being part of the Anonymous movement, but this is just counter-intelligence right now. There are a lot of fake emails and claims of reports and phone calls all designed to move the public opinion in one direction or the other,

Then there is the missing Malaysian plane. Rumors now fear that it was taken someplace to be used for a terrorist attack later in China to get the masses there outraged. This is purely speculation at this point, but we are trying to test the veracity of this theory. Of course it could just be aliens who escaped from Area 51 or the White House – hard to tell the difference sometimes.

Ed Note: Here is a long explanation by Martin of the Russian people and how to understand them, that you can understand their likely moves during crisis: